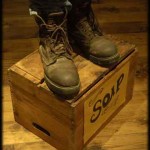 Readers seem to surrender themselves to the idea of politics within fiction on a regular basis. They are open to worlds of hugely varying political structures and concepts, and many genre authors are willing to explore new ways of thinking. But when it comes to actual, real-life ideologies, authors and readers start staring at their feet. Everyone feels a tad uncomfortable. We talk about, uh, the weather. Look at this piece of artwork instead!

Authors: we’ve had a general election in the UK. Why have so few of us commented on the results? Are we afraid of getting up on a soapbox and and entering into time-consuming debates? Are we afraid of losing sales from readers who might not agree with our stance? (Readers: is this the case?) Or maybe we just don’t care what goes on in the world around us.

Granted, there are cases across the internet where authors have made rather unsuccessful attempts at social commentary in the past, but should such examples put us off from expressing an opinion? Authors have an audience and have opinions and are in the ideas business. To me, this sounds like fertile land in which to engage in rational debates.

SF and Fantasy possesses a long history of authors with open political leanings (on the left: Miéville, Morgan, Banks, MacLeod, Le Guin and so on). There’s just no so much of it around today.

Or perhaps we should not encourage such discussions outside of the fiction?

Share this Story
Previous: What’s The Best Way To Enter An Author?
Next: Get More Fantasy In Your Life