How The West Was Won

(The title is a Led Zeppelin reference, for you un-rock-savvy kids.) Firstly, Nights of Villjamur, the US edition, has been printed – so dear Americans: the British invasion will now begin in earnest. Behold the blue and white prettiness. 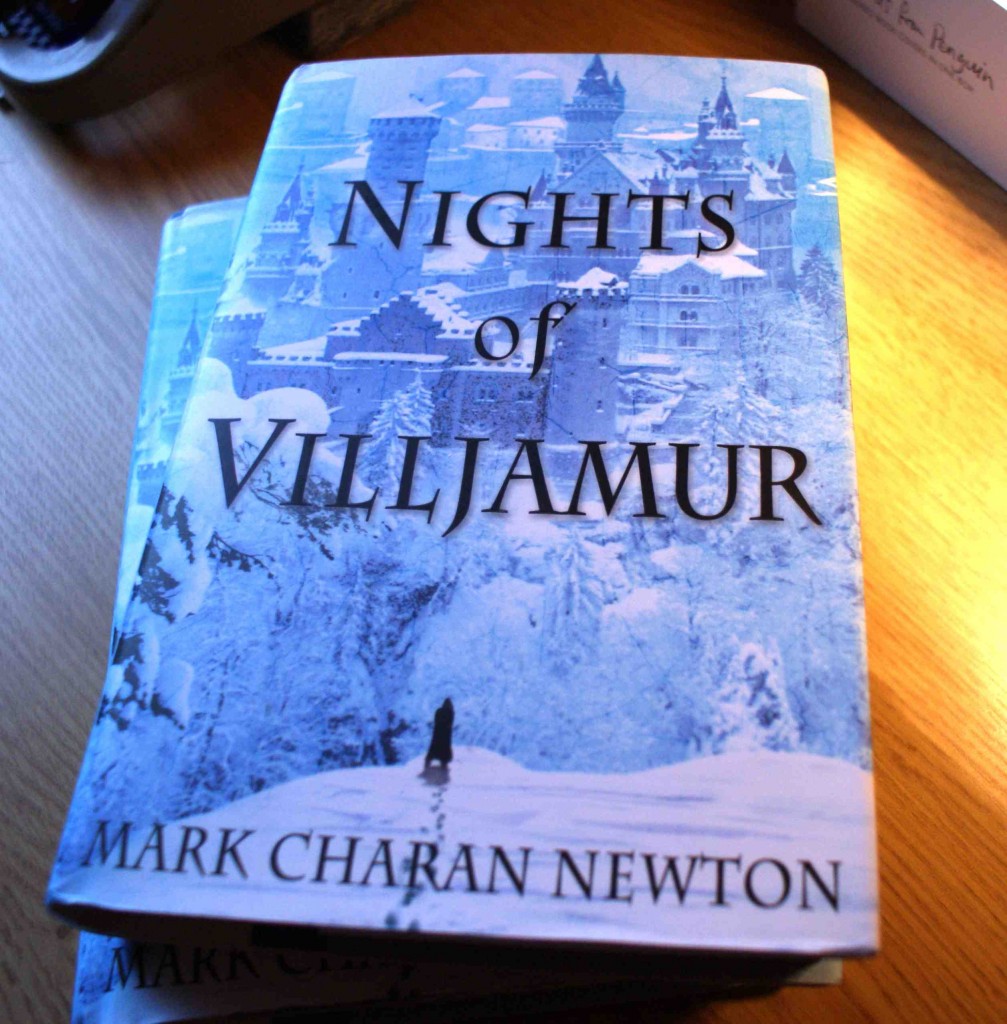 Next up, there’s an interview with me online at the mighty Speculative Horizons, in which I rant on any number of topics, from influences to race:

Much less so for this one, I think. In fact, I had fewer influences for [City of Ruin] overall – I wanted to simply try my own thing and make an effort to create something fairly new, although I will always continue to give nods to books and writers who inspire – it almost seems rude not to do so. CoR was my quest for a significantly more modern epic fantasy – modern in the city, modern in the cultural and political references, modern in the character types. Viriconium does a very good job of distilling the essence of melancholy, of faded cultural glories – and there isn’t’t much of that to be found in Villiren. It’s a brutal, forward-looking environment that embraces a more laissez-faire economy.

There’s also an A-Z at the Pan Macmillan site, where I was told to write the first thing that came into my head. And check out the Pan Mac banner, which you can copy and paste to your own site if you desire:

Expect more interview goodness soon – so much so, that I can guarantee if you aren’t already sick of me, you will certainly be by the end of July.

Finally, I will be attending the Alt.Fiction event in Derby, on the 12th of June. The programme has now gone live. I will be on a fantasy fiction panel at 1pm, having a Tor launch/signing for City of Ruin at 3pm (there may be biscuits – more soon), and on a panel at 8pm called “Internet and Social Media For Writers” (I’m moderating that one, god help them). There’s such a great line-up of authors for the day, including the likes of Steven Erikson and Mark Chadbourn, so go on, you know you want to be there.