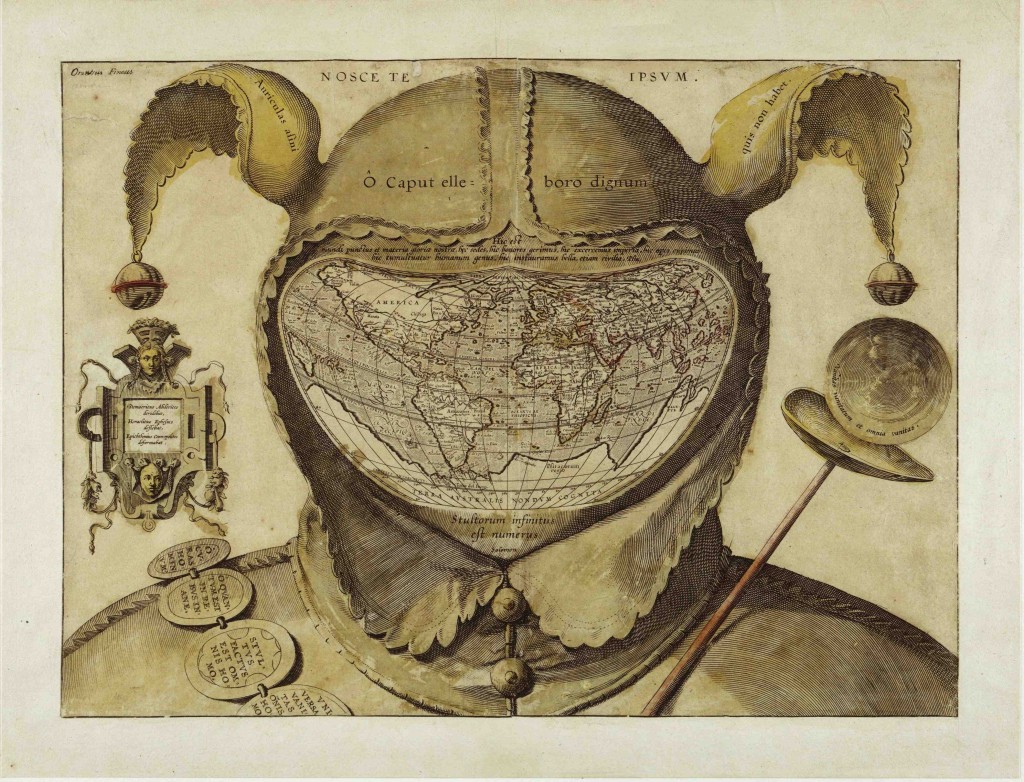 The archetype of the Fool, presented here in his incarnation as the court jester, is a first indicator of the map’s deeper meaning. In previous ages, the Fool was a court figure allowed to mock majesty and to speak truth to power. These were rare and useful correctives to the corrupting absolutism of the monarchies of the day. But criticism of this sort was only possible if it was de-fanged by the grotesque appearance of the Fool – preferably a hunchbacked, slightly loopy-headed dwarf, i.e. someone not to be taken too seriously.

All of this would have been common and current knowledge to the people viewing this map, in the late 16th century. The uncomfortable truth told by this map is that the world is a sombre, irrational and dangerous place, and that life on it is nasty, brutish and short. The world is, quite literally, a foolish place.