New Cover: The Book Of Transformations

Posted by: Mark Newton in art & photography, my books 28 Comments

Here is the latest cover draft for The Book of Transformations, front and back so you can see the artwork wrapped around. People didn’t like the figure – so, for the hardcover, there will not be one. 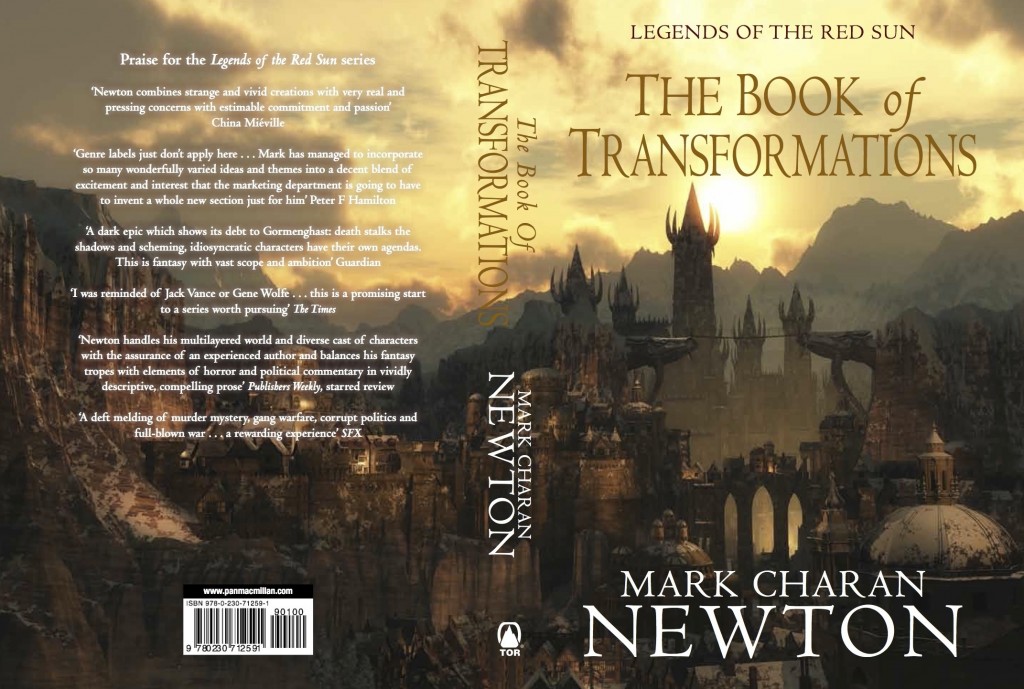 And here’s the blurb:

A new and corrupt Emperor seeks to rebuild the ancient structures of Villjamur to give the people of the city hope in the face of great upheaval and an oppressing ice age. But when a stranger called Shalev arrives, empowering a militant underground movement, crime and terror becomes rampant.

The Inquisition is always one step behind, and military resources are spread thinly across the Empire. So Emperor Urtica calls upon cultists to help construct a group to eliminate those involved with the uprising, and calm the populace – the Villjamur Knights. But there’s more to Knights than just phenomenal skills and abilities – each have a secret that, if exposed, could destroy everything they represent.

Investigator Fulcrom of the Villjamur Inquisition is given the unenviable task of managing the Knights, but his own skills are tested when a mysterious priest, who has travelled from beyond the fringes of the Empire, seeks his help. The priest’s existence threatens the church, and his quest promises to unravel the fabric of the world. And in a distant corner of the Empire, the enigmatic cultist Dartun Súr steps back into this world, having witnessed horrors beyond his imagination. Broken, altered, he and the remnants of his order are heading back to Villjamur.

And all eyes turn to the Sanctuary City, for Villjamur’s ancient legends are about to be shattered…