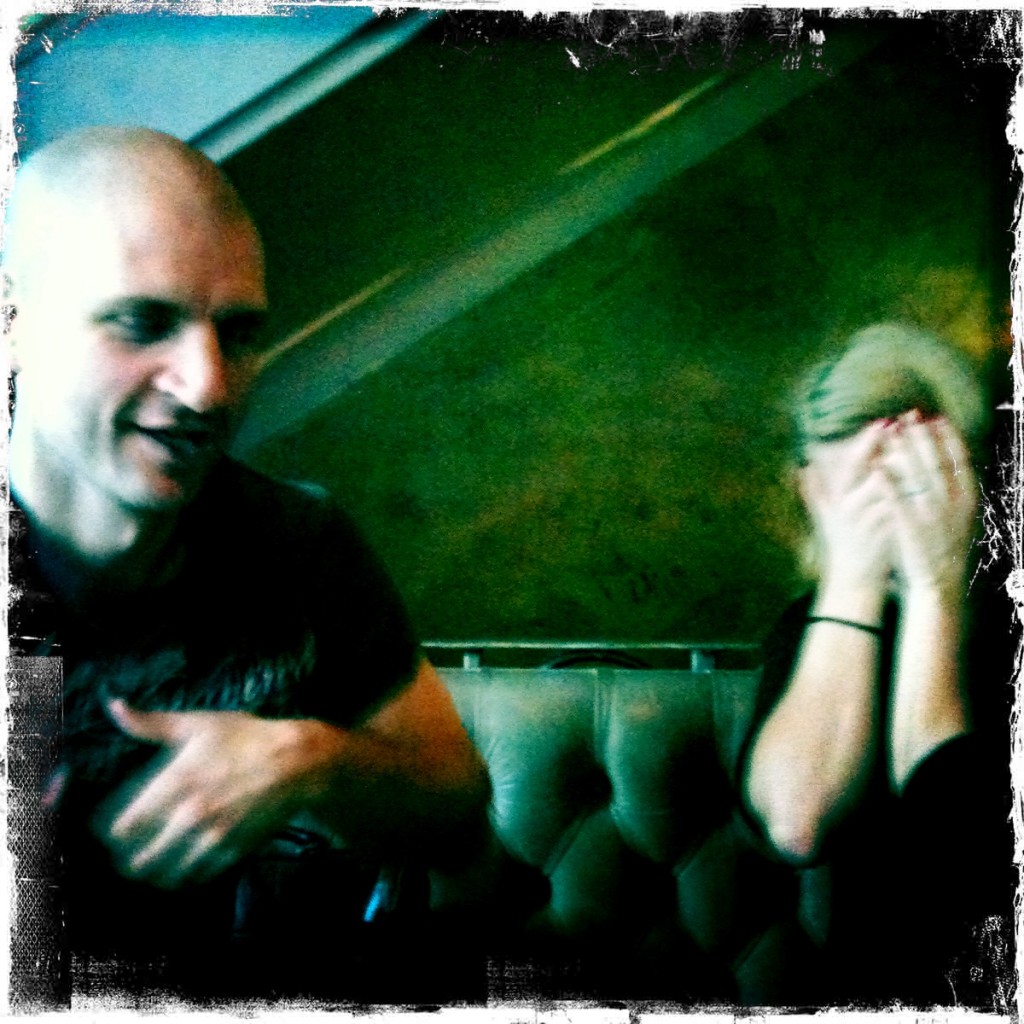 I went to London to have dinner the chap on the left, China (and rather randomly, Tony Blackburn was seated nearby in the restaurant). Then shortly after we met up with the lady on the right, who is covering her face. That’s our editor, Julie, who disappointingly did not turn up in her Halloween costume (she was going to a party later). I was also disappointed I couldn’t snap Julie in said evil-looking costume, because it denied me the opportunity to use the joke “That’s what she wears when she edits manuscripts”. But I’ve used that now, so that’s okay. Anyway, we drank lots of whisky, and converted China to the delights of Laphroaig, and it was one of those very creatively energising days, full of book talk and culture talk and random geek talk.

It wouldn’t be the blogosphere without a little tiff now and then. The big topic at the moment is embargoes, notably of them being broken and of complaints following.

When I worked in bookselling, embargoes came and went all the time (and were broken with astonishing predictability). Bookstores would be in touch with each other to see who broke it first – because as soon as the first one went, we all would start selling the book. Embargoes are a method whereby publishers can try to get a book to chart as highly as possible and make more money by doing so. By limiting the discussion – but more importantly the opportunity for sales – the theory is that everyone will go out and buy a book in that same week and therefore send the book racing up the charts. It’s nothing more than a controlled attempt to maximise sales.

Personally, however, I do feel that it’s bad juju to demand reviewers to follow strict guidelines – especially when a publisher has leaned heavily upon said reviewing community for publicity in the past. I’m just disappointed that a publisher can be in a position to ask for embargoes at all, because not that long ago, they were dismissive of blog reviewers entirely, then a little later they could not get enough out of Being Part Of The CommunityTM and threw out review copies at anyone who would turn their way.

Share this Story
Previous: The Slasher Strikes
Next: Made in Dagenham – Some Thoughts