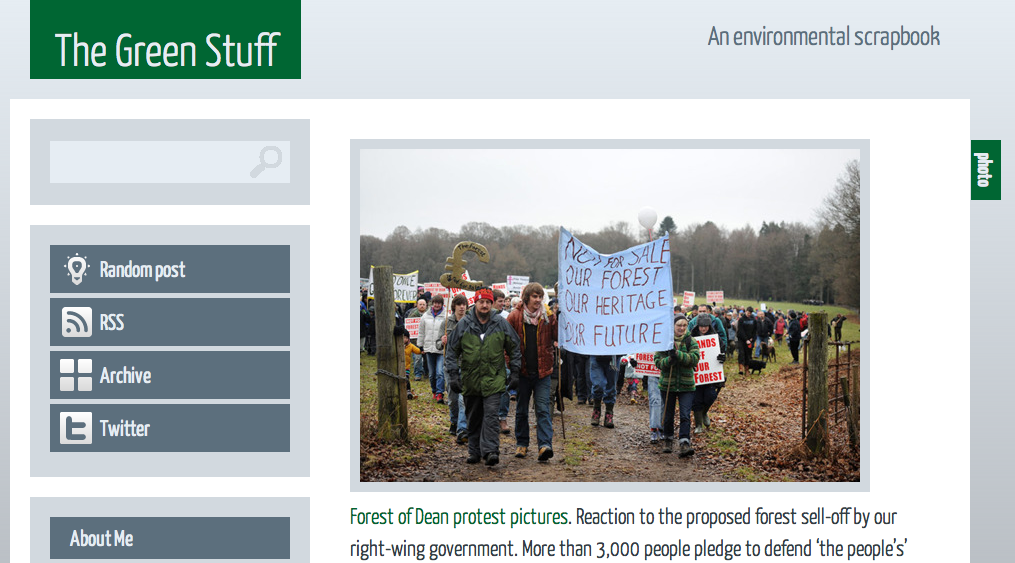 I want to talk about blogs and remaining relevant with blogs (which is possibly something for other writers to think about).

Some of you are familiar with my political and environmental rants. For any such future rants, I’ve set up another blog called The Green Stuff. The reason for this is quite simple. This site is going to predominantly remain a blog about books, literature, art, genre stuff, reviews, that kind of thing. It’s an author blog, with an industry focus. The other blog is about all the environmental stuff I like to talk about, because even though quite a few of you out there comment that you get a kick out of these posts, whenever I go through a sustained period blogging about other things like politics and the environment, there is a bit of a drop off in the readership. As my editor said to me when I told her this, people generally aren’t bothered what authors think about the wider world; readers want to know about books and the genre (generally speaking).

I’ve thought about why this could be. I suspect it’s mostly because people see authors from a few angles: (a) readers get to an author site via the books; authors are still entertainers – methods to help people forget about the real world. Talking about grim realities doesn’t appeal. (b) Authors are seen as spokespeople for the industry (or in my case charlatans with a wild opinion) and that readers are hoping to find out more about the nuts and bolts of the way the world of books works. (c) Linked to this, authors might be able to help with a little advice on how to get published. People come for advice.

I want to – and have done – build more of an audience based on publishing and writing. Why would I do this if no one was reading? As I mentioned, there was a bit of a dip at the end of last year when I was heavily talking about other issues. Likewise, if I wanted to build an audience talking about environmental issues (something I wouldn’t mind doing), they might not care about the frills of literature.

Hence the two blogs: to build and grow an audience for each. Because that’s the key with blogging, too: relevance. To build an audience, you have to have relevance to that audience. Of course it doesn’t mean I won’t talk about whisky or vegetable gardening or even the odd environmental or political rant from time to time. Also, I see the split as a good thing – it gives me two clear platforms with totally different messages, so I can build the audience in each field. Should other authors do that to? That’s up to them – they probably barely have time for just the one blog! I’m just conscious of the way blogging works as well as my profile as a relatively new writer to many.

So if you want to follow my environmental links, head over to the other blog and add it to your RSS feed. It’s on Tumblr, so its much more of a pretty and casual scrapbook. (If I was starting an author blog from scratch I’d totally use Tumblr.) I’ll also be linking to the new blog posts on Twitter, since I see no point in splitting that account, given the fragmented nature of the beast.