Brought to you mostly via the Hipstamatic iPhone photo app. 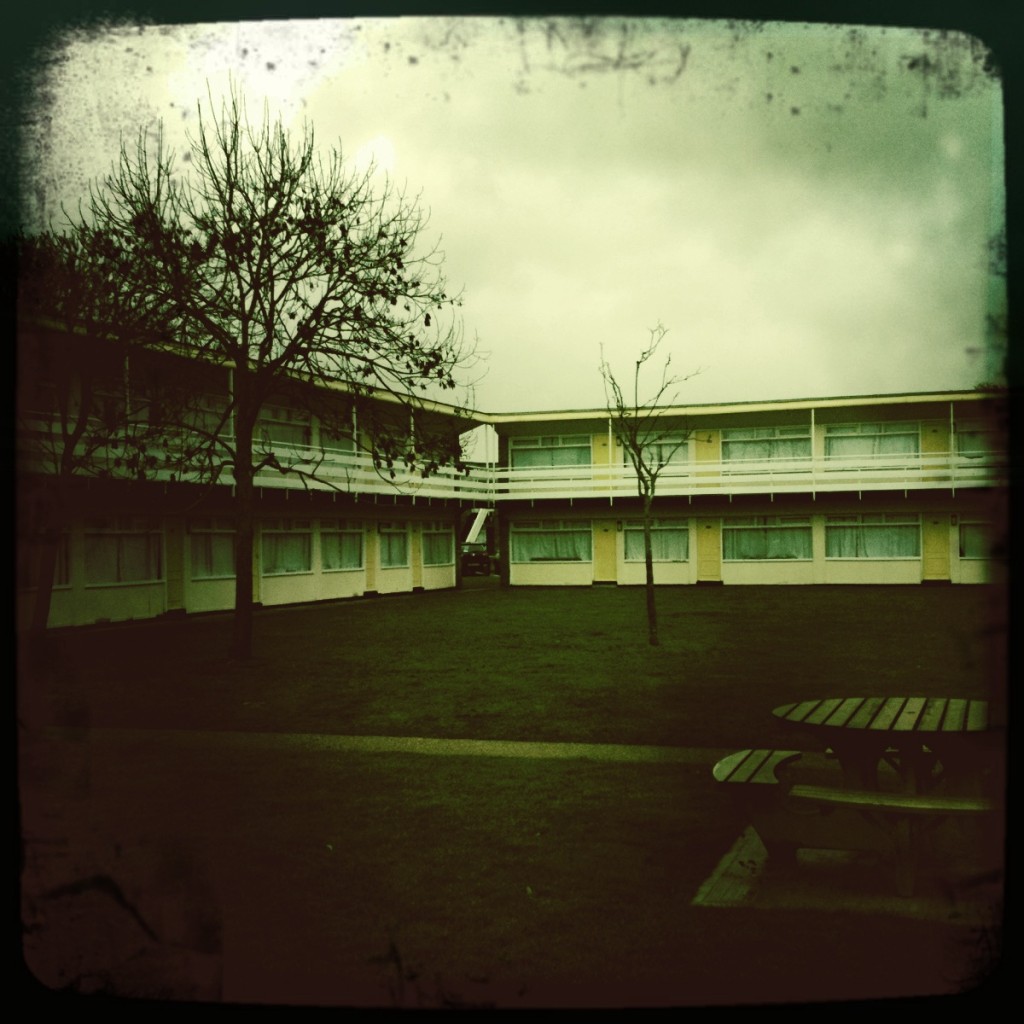 This was pretty much what the others had to stay in for the weekend. Numerous war films were brought to mind. 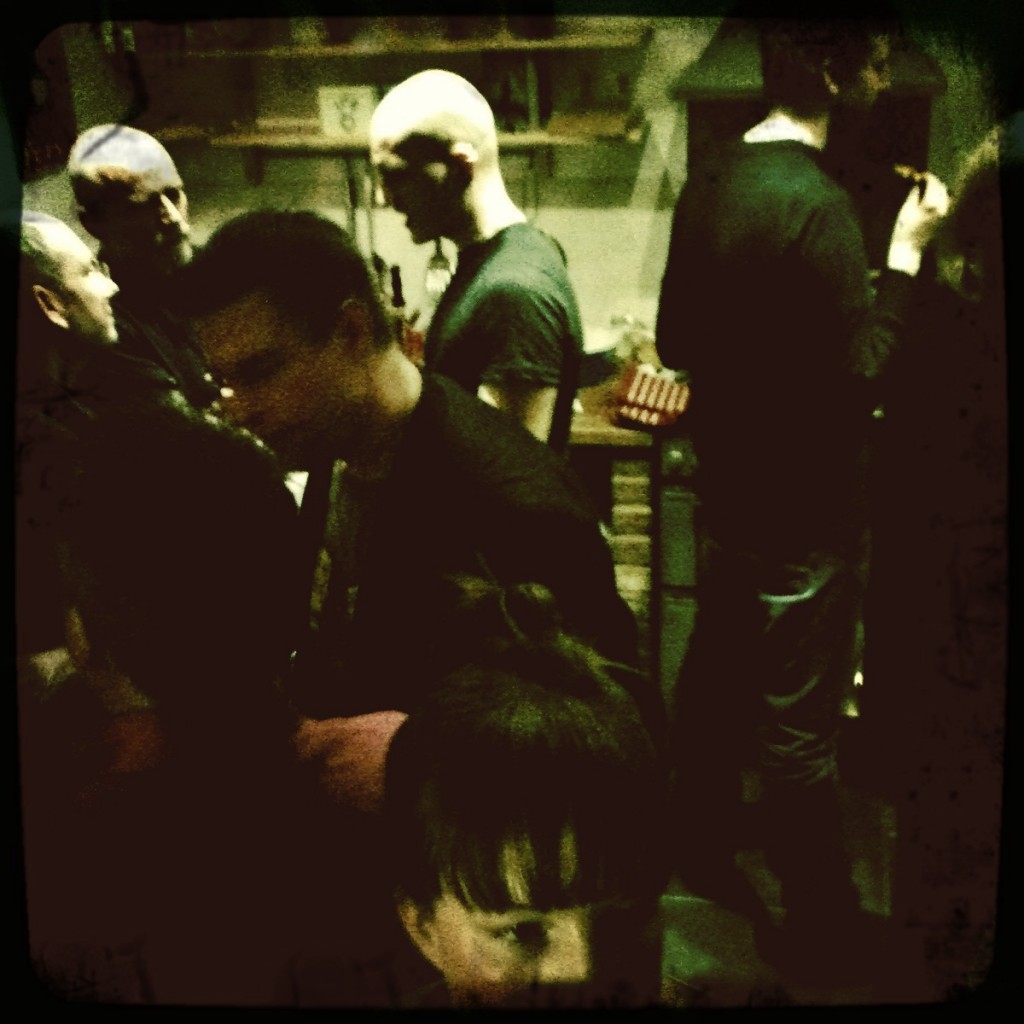 The Tor party in full swing. Lots of great authors and editors and bloggers and readers – a great night. 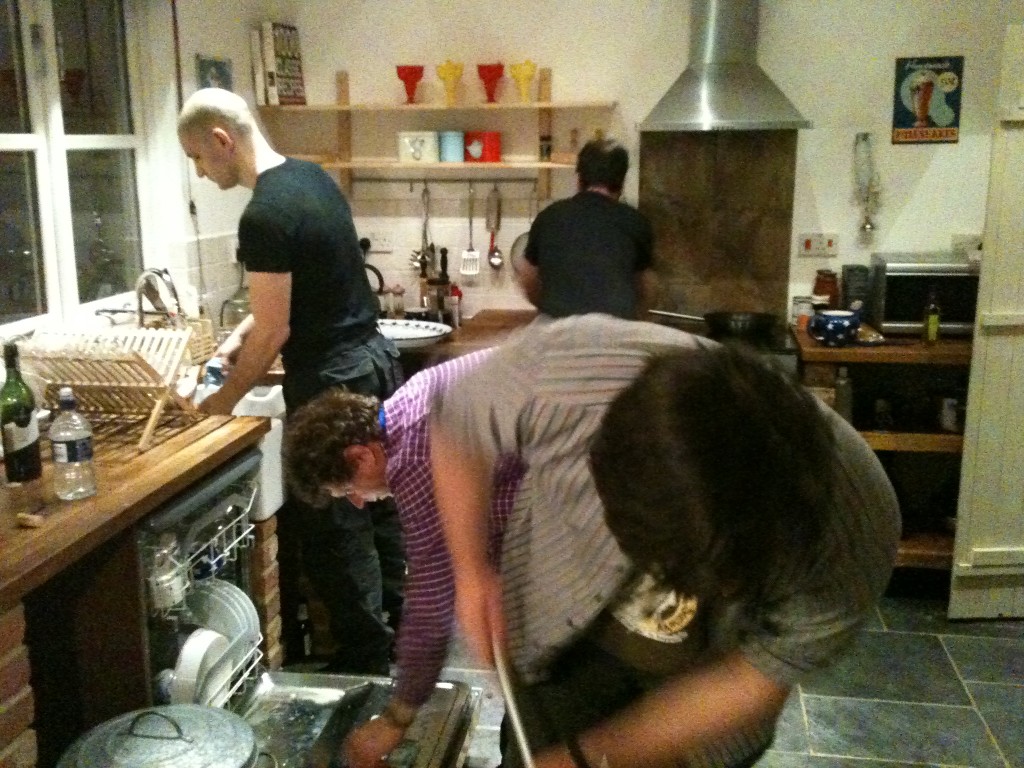 Authors having to clean up after the party – China at the sink, Adrian with a mop, Peter at the dishwasher, Gary wiping the sides. Julie Crisp runs a tight ship at Tor. 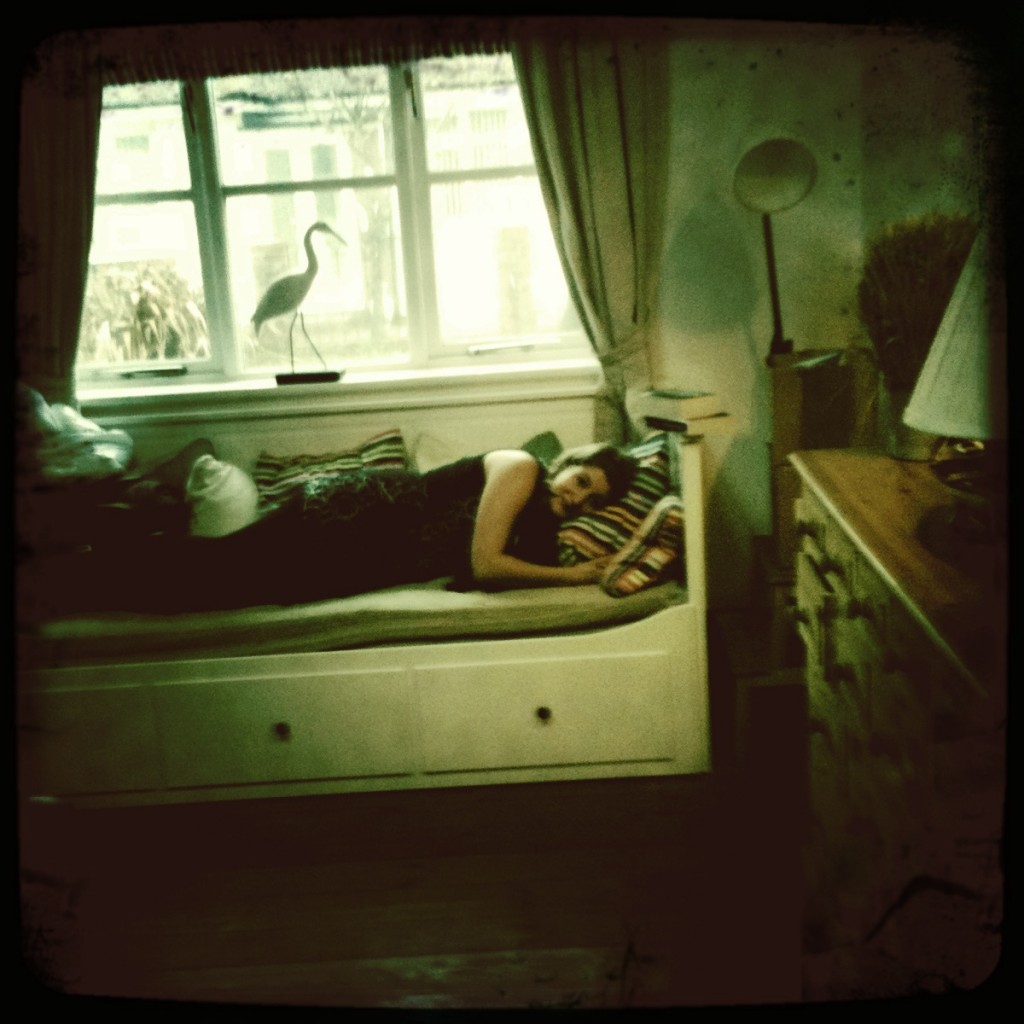 And she was just lying around the morning after (she shouted at me just after this was taken). 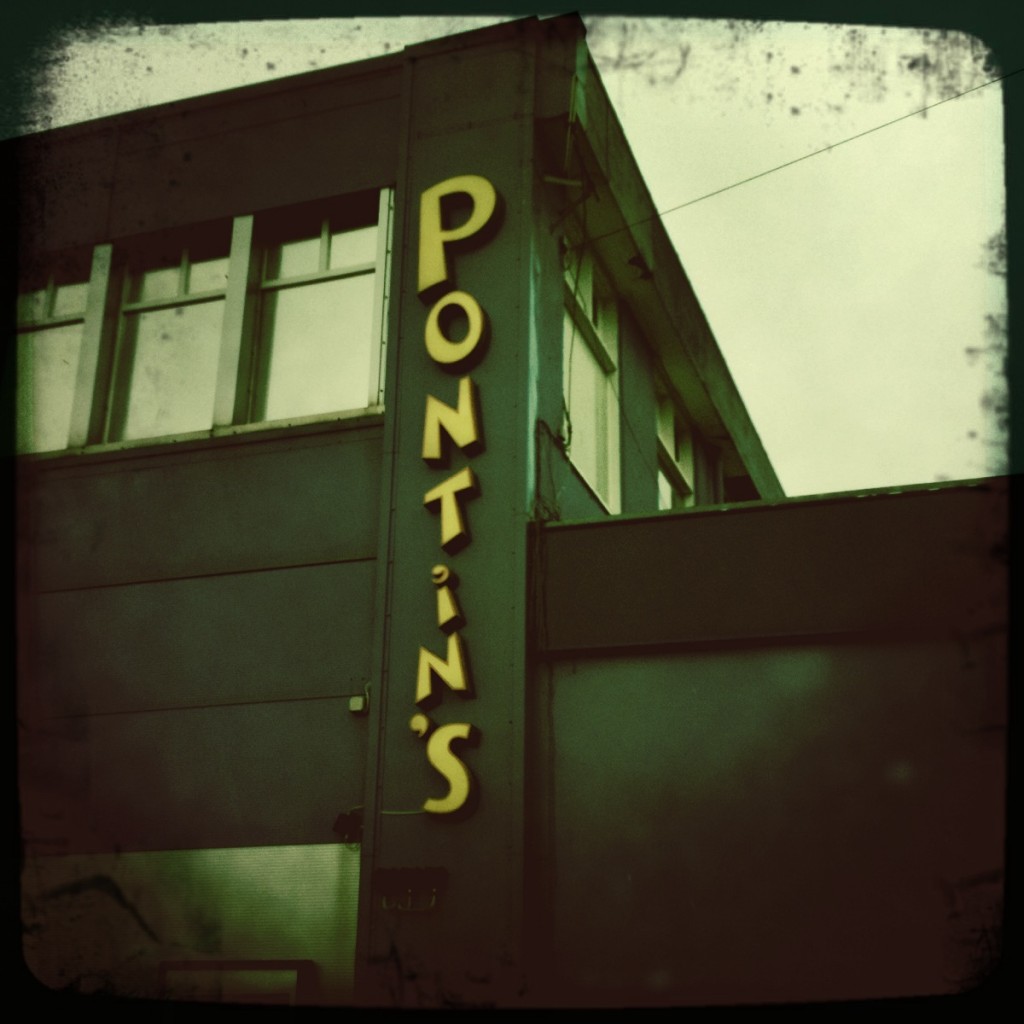 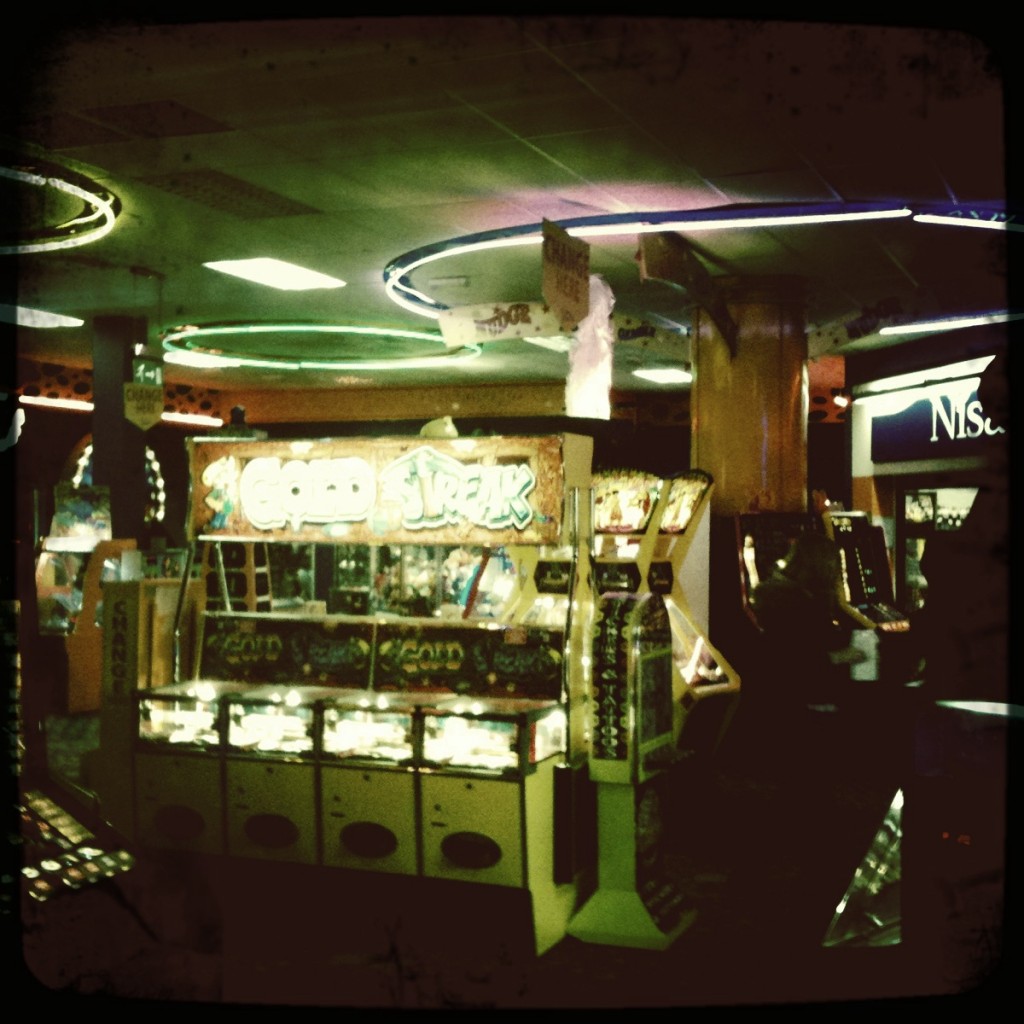 I saw quite a few authors looking for change around these slot machines. 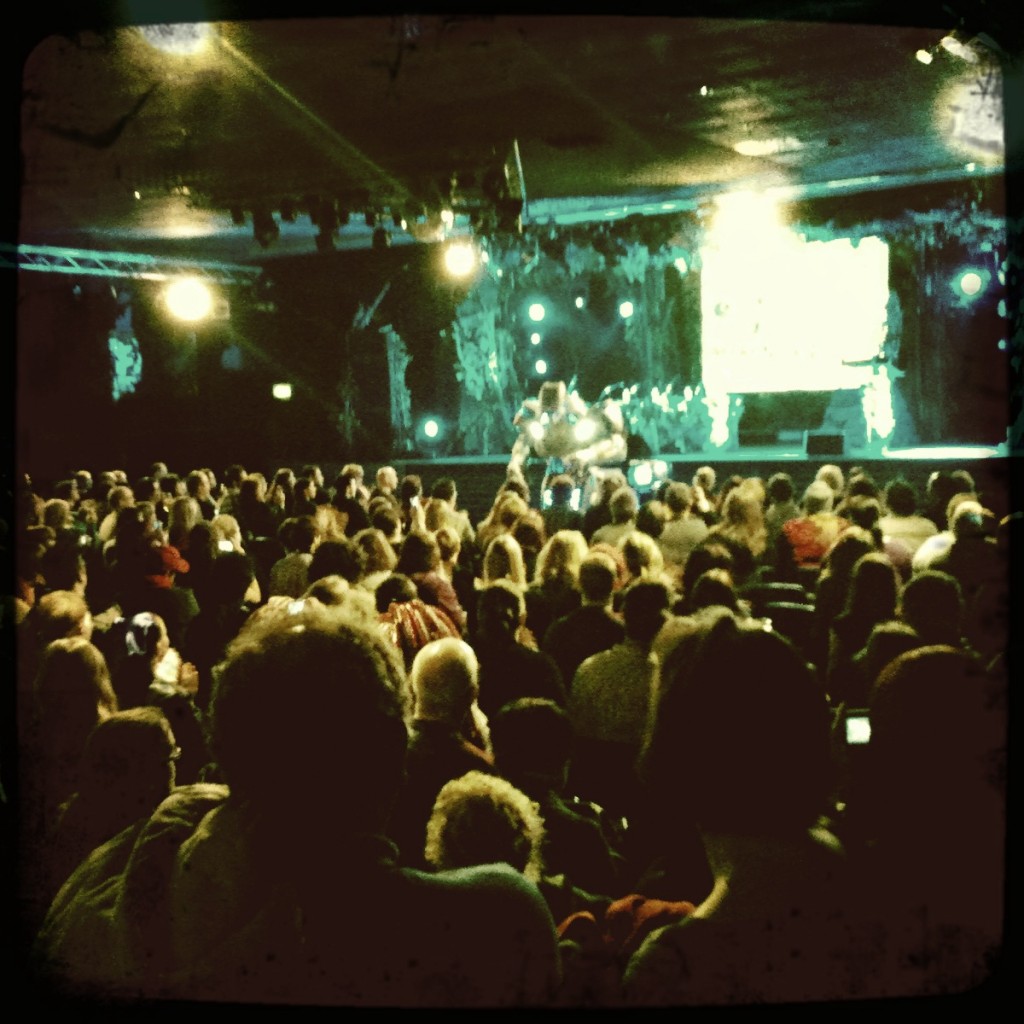 Okay, so here was the main hall – with added robot. Very scary doing a panel up on that stage. 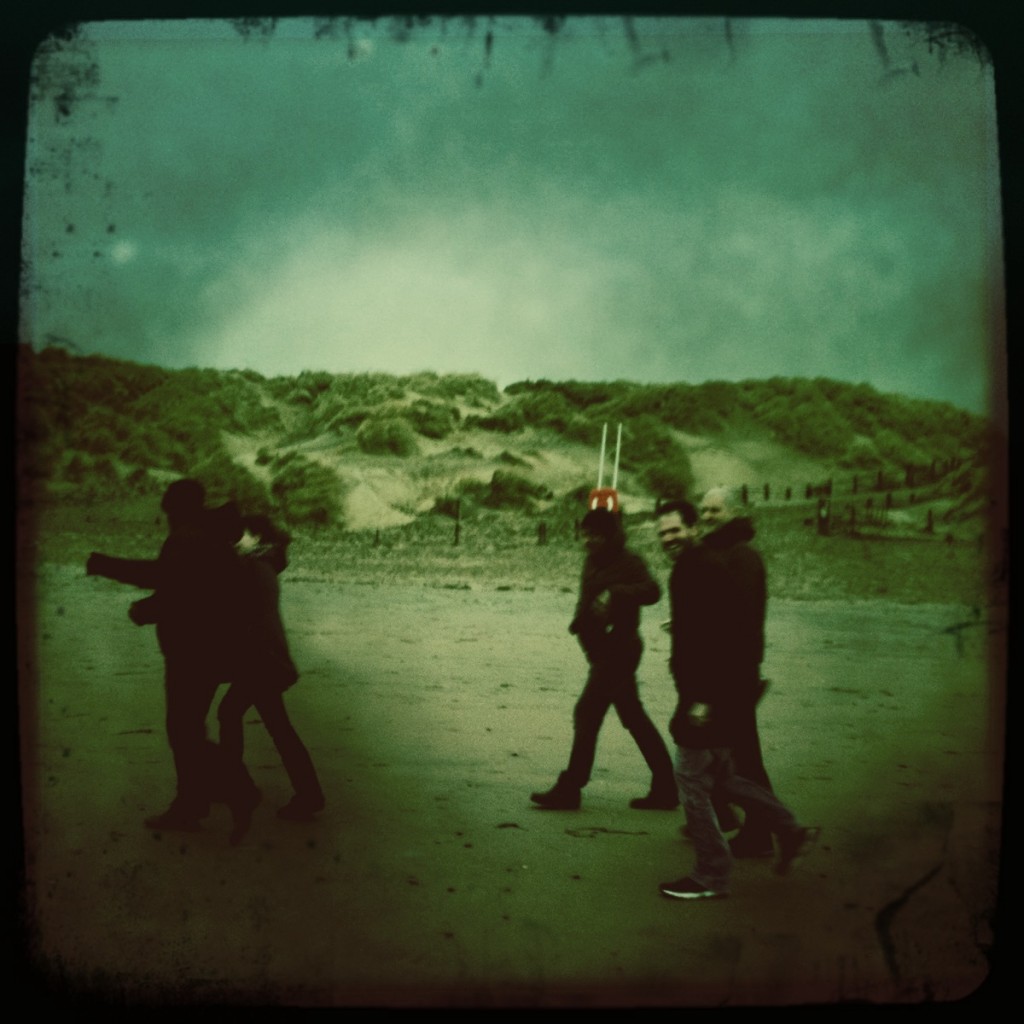 Julie, Gary, Peter, China, Gillian and Joe going for a leisurely amble along the beach. 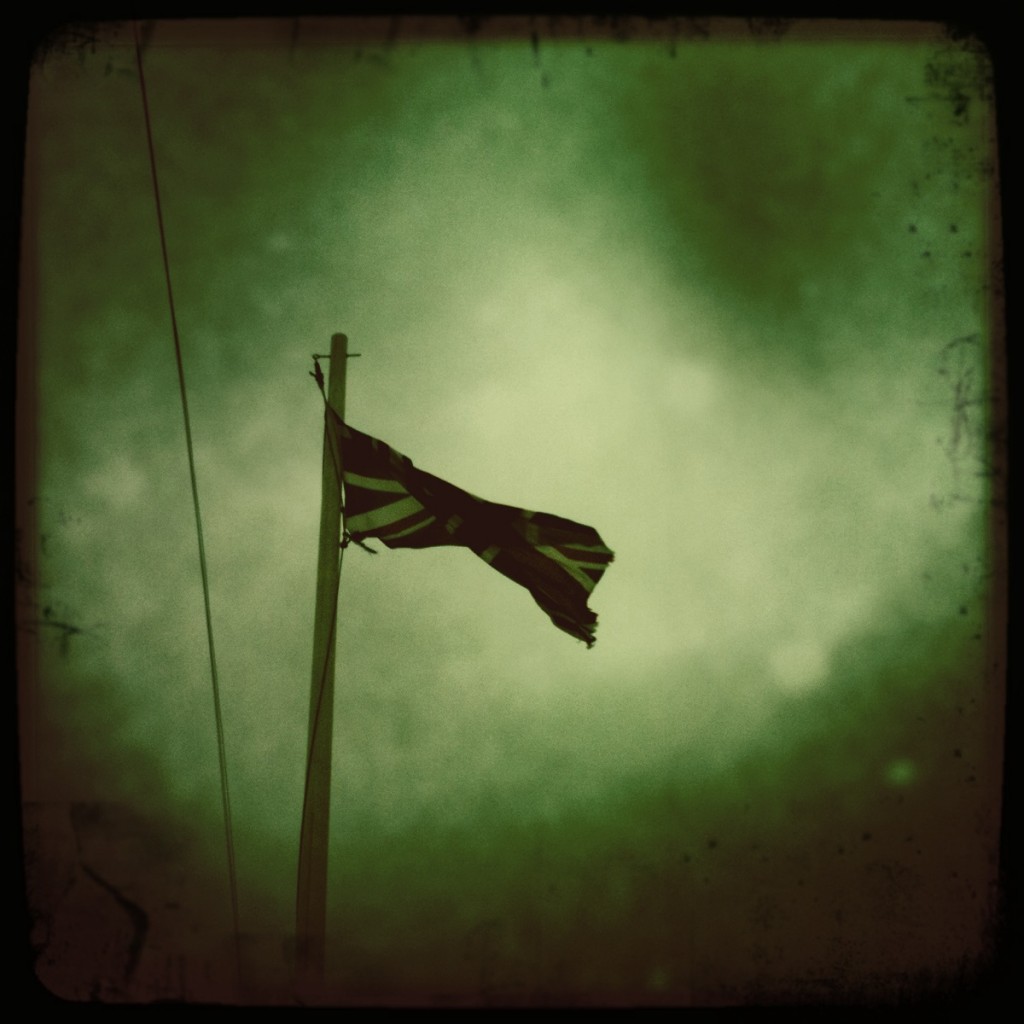 Camber is allegedly the furthest outpost of the British Empire. 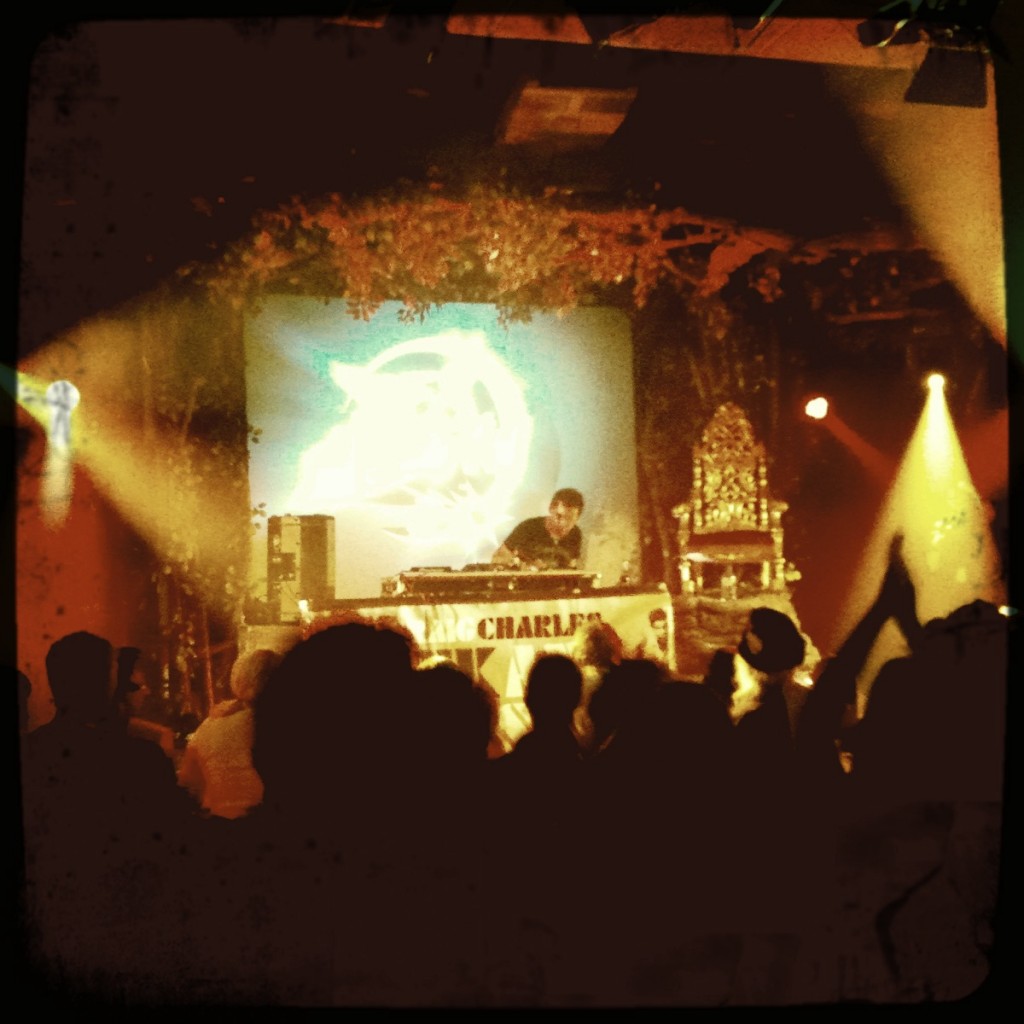 DJ Craig Charles, no less, who gave a banging Northern Soul set – absolutely fantastic evening, and great to see so many authors shaking their stuff (as well as dancing). 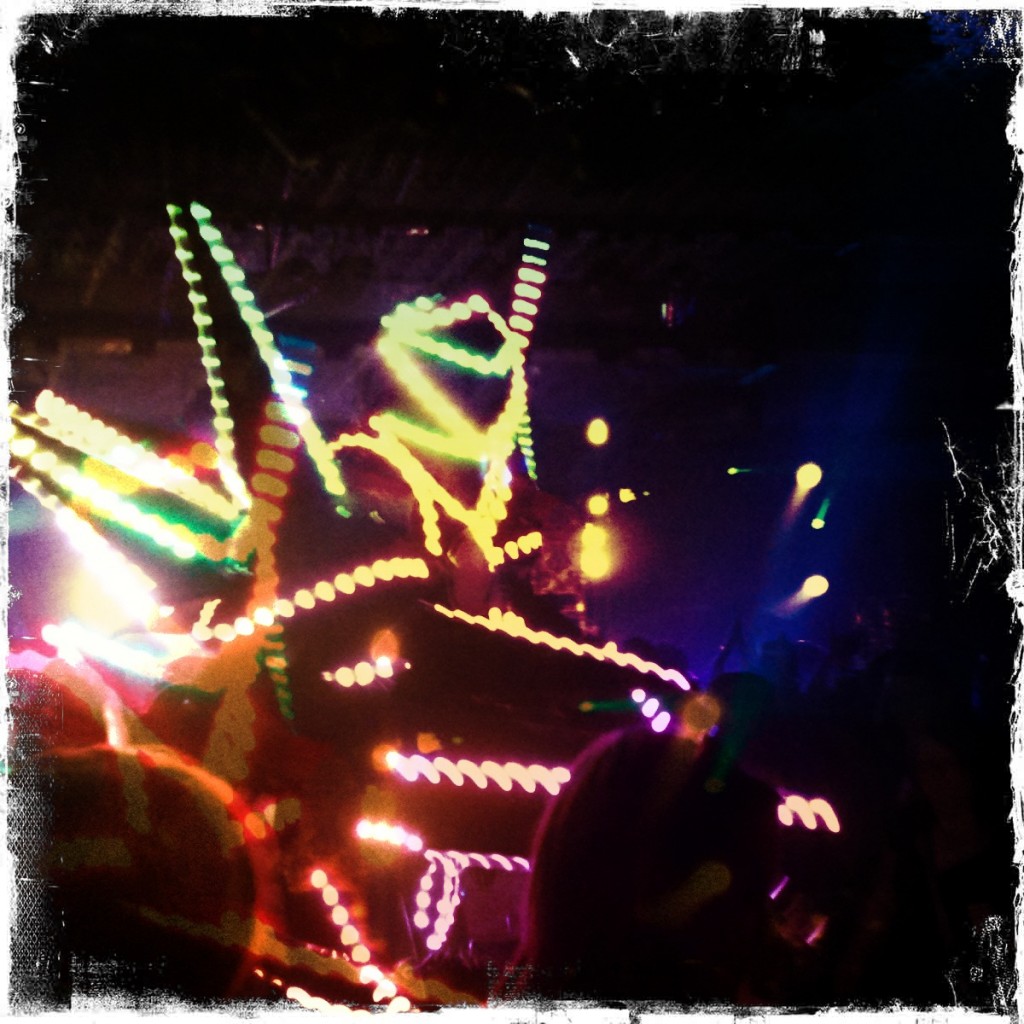 Robot on the dance floor, of course. Bet you don’t get that at Ministry of Sound. 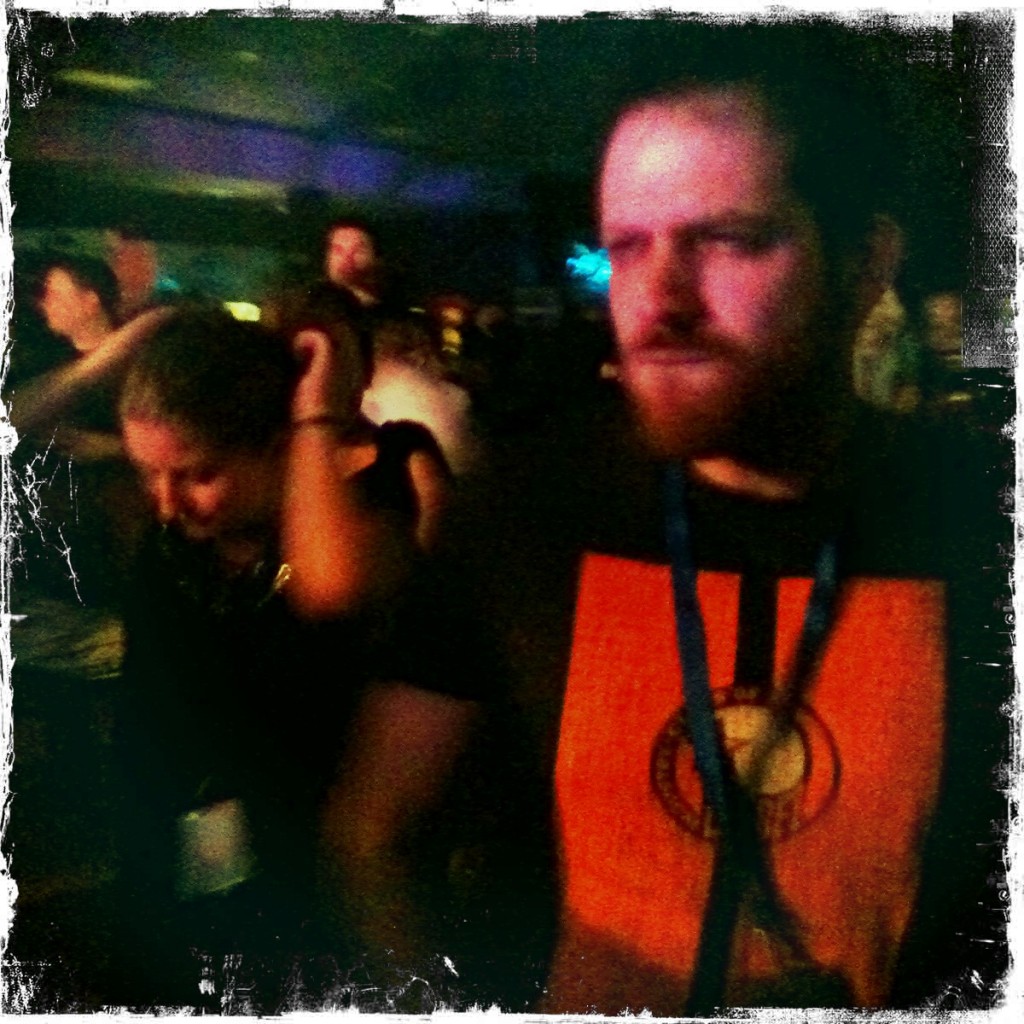 And finally, Joe “fast feet/Riverdance” Abercrombie, pwning the dance floor. I’m actually banned from posting photos of Julie dancing; Joe took one look at her moves and suggested she must have a bit of a dodgy past. I’m probably not allowed to say that either, but sometimes typos will happen on this blog.

So I hereby declare the SFX Weekender the best SFF convention in the UK – the panels were interesting, the venue actually pretty good for the event, the thing pretty well organised. It both did and didn’t take itself too seriously, and there was more energy here than any other con I’ve attended in Britain, with by far and away the coolest evening entertainment. Our Tor cottage was again delightful (and Julie, Chloe and Amy all terrific for pointing authors in the right direction and keeping them supplied with wine/whisky).

And it’s official: I cook the finest scrambled eggs in genre circles.

Share this Story
Previous: Postal Service – Such Great Heights
Next: Heist Of The Century