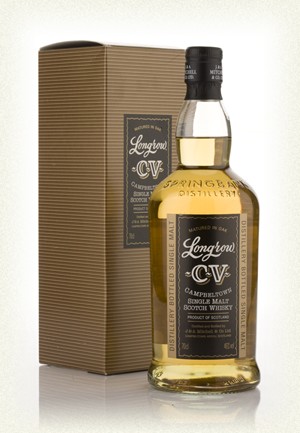 Last autumn, I went on holiday to Scotland (photos here – totally check them out and come back). It was a glorious week, perfect weather, amazing environment and, while there, I even managed to drag my girlfriend to a whisky distillery. We visited the Springbank distillery, in Campbeltown, which also has a very nice second hand bookshop specialising in SF and Fantasy. Anyway, Springbank is:

… the oldest independent family owned distillery in Scotland. Founded in 1828 on the site of Archibald Mitchell’s illicit still, the Springbank Distillery is now in the hands of his great great great grand son, Hedley G. Wright. Owned by Mr Wright’s J&A Mitchell & Co Ltd, Springbank is the only distillery in Scotland to carry out the full production process on the one site. 100% of the traditional floor malting, maturation and bottling is done at the distillery in Campbeltown. It produces the most hand made whisky in Scotland, with traditional production methods being used throughout the process, and human involvement at each and every stage.

And it was all you’d expect of a independent operation: full of character and charm. As an aside, TV Food and Drink connoisseur, Oz Clarke, actually visited the same distillery a few days after we went there, and I was rather chuffed to see it again on the TV. (Yes, I’ve turned into one of those sad old men – so what? )

Longrow is one of three whiskies distilled at Springbank (the other two being Springbank and Hazelburn), and this is the heavily peated single malt they produce.

So, the Longrow CV, then, which was the one we tasted in the shop as part of the tour.

On the nose: a whiff of the harbour, gentle coal fires, something buttery and syrupy there, too, and with the faintest touch of Pernod. The peat hits on the mouth in the most silky of ways; that butter is still there, a little creamier. Medicinal, perhaps, but not quite like the Laphroaig 10. A warming, peppery spice. The smoke stays with you afterwards, certainly, but it never dominates the experience.

All in all, a very nice dram – especially for £30. It’s just the kind of thing to have when you can’t quite look an Ardbeg in the eye, and you could easily mistake this for one of the finer Islay malts.

Share this Story
Previous: The Art of Andreas Rocha
Next: The Definitive New Weird Definition