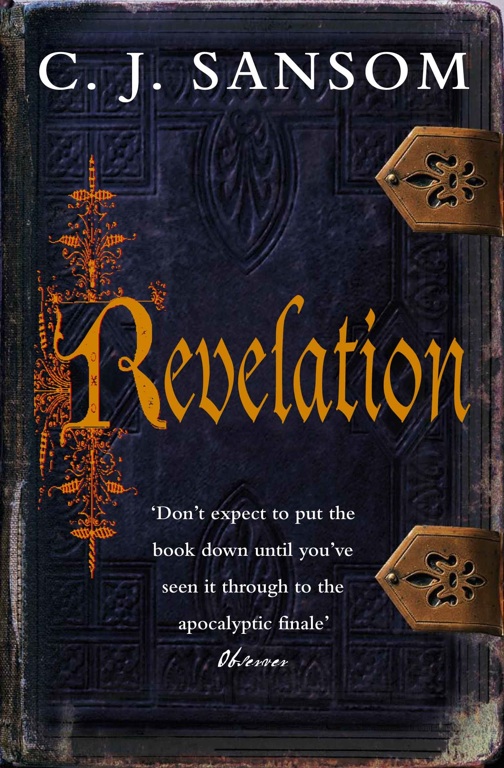 The first few CJ Sansom books I read were enjoyable, but frustrating at times. The character, Shardlake, Tudor lawyer and hunchback, was perhaps too delicate and, well, a bit wet for me to really enjoy following (especially after reading The Name of the Rose), yet I stuck with them for the intrigue and the rich historical detail and because I love a good bit of monk action (don’t ask).

Everything changed with Revelation – this was utterly compelling. I’m not one to even like the term ‘page-turner’, but this indeed was a very effective one. Personally, since I write, I find it hard to switch off the analysis; but this book made me forget all about that. I just enjoyed it.

It is a Tudor thriller that’s put together in a beautiful way; which is saying something for what is a novel that has some thoroughly dark and grotesque moments. The scene: Henry VIII is about to get is leg-over for the sixth time and a serial killer is set loose on the streets of London, a killer that is using the Book of Revelation as his guide for a set of truly brutal murders. Shardlake’s old friend is slaughtered right at the beginning, and Shardlake and his trusty sidekick are drawn into a sickening series of crimes. At first, nothing out of the ordinary, perhaps, but it’s the way it’s done.

I think why this works is because, oddly for a historical novel, the structure relies less upon history than its own internal mechanisms: the juxtaposition of inner turmoils and plot; the parallel examples of possible insanity; that this was something that could work well in any time period. All of these things with effective deceiving of the reader, a tricksy ending, and good in that it doesn’t opt for the easy way out. The fact that you learn a bit of history is a boon.

Next up is actually a whisky book, Peat Smoke and Spirit, which might oddly enough be one of the most wonderfully written books I’ve read all year. Then I can get on to the books my editor sent me.