Two things about writing battles. First, I am by no means an expert on this matter – I am not a soldier, I have not fought in wars. Secondly, wars are not pleasant. That said, I thought I’d share a few things I’ve found useful having written a couple of fantasy battles.

Wars are fought all the time, in various parts of the world, and for a whole host of reasons that I won’t go into here; but it makes sense that if you’re writing some kind of realistic secondary world saga, there will be blood spilled in your world. There will probably come a point where you’re required to write about some kind of battle, or that one will need to be be referenced in your novel. Whether or not you’re looking to create something from scratch or that riffs on historic events, I’d say that writing battles requires a lot of preparation beforehand.

I’ve got a couple under my belt, but are a few things I’ve learned from those – things I know I should think about when writing any future battle (keeping in mind all the other stuff you have to do with writing a novel):

1) Research – more than ever, I’d say it’s important to study real events if writing battles for realism is what you’re after. Read up on your history, read eyewitness accounts of battles. For the most minute detail, the internet is your friend. Build up a picture of what it’s actually like.

2) Tactics – you probably don’t have to be a military historian or a genius table-top gamer to have some useful tactics in hand for writing fantasy battles. Do a bit of research and get the basics lined up. Most battles don’t just happen spontaneously (skirmishes may, of course). From there you can work out a few formations etc. You probably don’t even have to spend that much detail writing about them, but it might be useful for you to know the progress of the battle yourself, since you might be able to riff on it for the plot.

3) Resources – how are people doing to eat? Are people going to fight with new weapons? Where is the money coming from to pay for soldiers and swords? Will arms dealers make a profit? (The answer to that is: always.) Will these events alter the plot or character threads in any way?

4) Read the fiction – get a flavour for writers who know how to write these things and have earned themselves a good reputation. From Steven Erikson, Paul Kearney, that man Abercrombie, all the way through to mainstream writers such as Bernard Cornwell, there’s a lot you can learn from those who have done this many times over.

5) What’s happening on the home front? 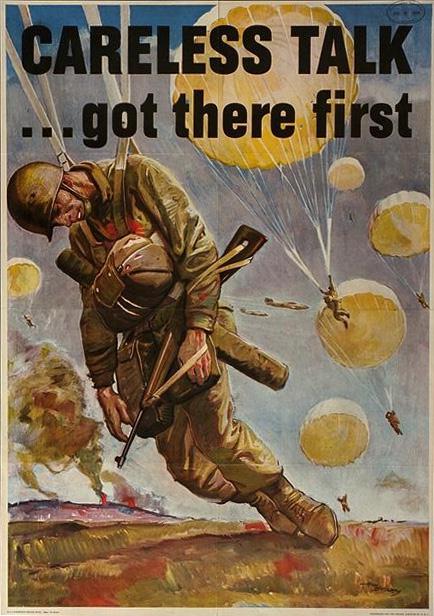 Or, what message is the government giving its own people? Does this message differ in any way from the reality, or is it an excuse to control people or resources?

For me, when it came to writing the actual fighting itself, I tried to keep a few things in mind:

1) The person on the ground cannot possibly see any grand tactical vision. It’s probably going to be messy, loud and confusing from the front. They’re not going to hear something said ten feet away, they’re probably only going to know their immediate surroundings with a few simple orders in mind.

2) It probably isn’t going to be glorified either. This is not a shiny propaganda poster. It’s going to be full of gore, which will make people cringe and despair.

3) Seeing said gore is probably going to hurt the characters mentally. Just read a few news articles on soldiers coping with the trauma and you’d get the picture. Your characters aren’t going to skip away happily afterwards and have a party.

4) Things won’t be the same after the battle – if it’s in a city, that city will be wrecked. If it’s on a battlefield, even, then the wider political picture of your world will change. A battle probably should just happen and everyone packs away their toys and goes home.

There’s a lot more of refining, tweaking, research etc – as ever, there is always more you can do. If I had the opportunity, I would have loved to have spoken to someone who’s fought on the frontline, to get a pure unfiltered view of the unreported nastinesses.

Oh, one final thing – if a POV character dies, then stop writing the paragraph and start a new one from a different perspective (unless he or she is a sentient zombie).