Questions of Aesthetics in Fantasy 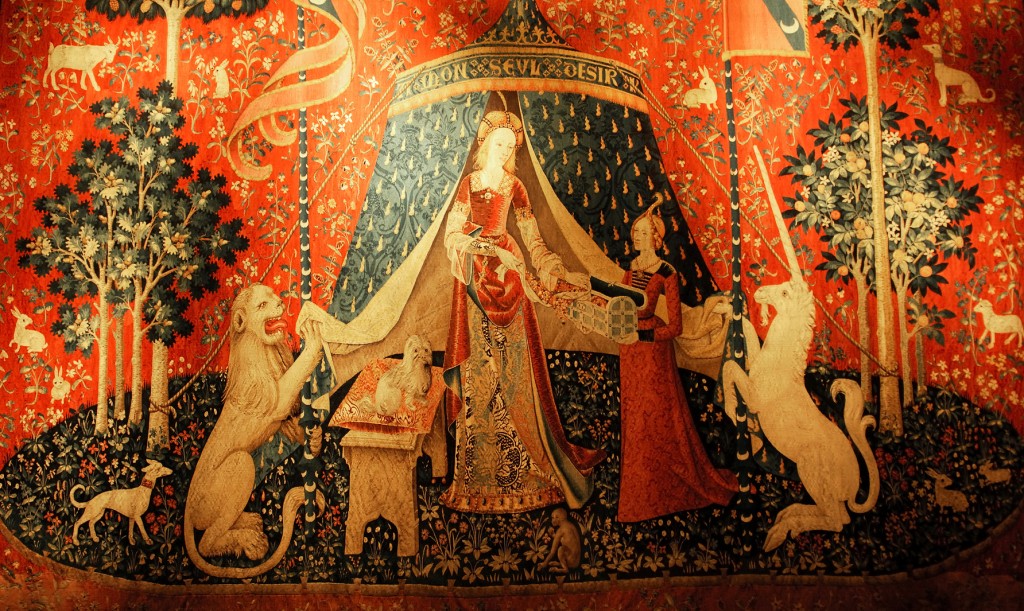 A positive question, this one – as in, this doesn’t have negative connotations. It’s a purely neutral fascination, something that’s been on my mind for a while.

Why are the aesthetics of most secondary world fantasy novels quasi-medieval?

Why that approximate period more than any other? Sure there are Roman-tinged fantasies, those with Viking flavours and whatnot, but even those are rarities in the modern genre. I’m sure it’s not even particularly a conscious thing, but it just so happens that many – if not most – secondary world fantasy novels are set in a quasi-medieval Europe, something vaguely reminiscent of the Middle Ages, in terms of technology, culture, architecture, even in terms of political arrangements.

Again, this is neutral – I’m not being derogatory about it, though some bad examples are often referred to as cod-medieval (the term can be used dismissively). I’m even curious about writing in such a period setting myself at some point. But just step across to any fantasy section in a bookstore, and look at the types of aesthetics available – nearly all epic fantasies will be set in a more primitive society based around a pseudo Middle Age period, at one end or the other.

There are some broad, sweeping answers to this, none of which quite satisfy me:

3. Fantasy is pastoral, romantic – a symptom of yearning to escape from complex technological times.

4. We’re preoccupied with history, with re-imagining the past; an opposite, in some ways, of science fiction, that imagines the future.

5. We’ve all got a castle/power/wizard fetish. We dream of surroundings and opportunities that are way beyond quotidian life, because most of us will never be able to afford such luxuries/status/power. It is a yearning for capital.

6. Magic doesn’t seem as impressive when modern technology has an equal wow factor (or, iPads are better than spells).

7. Publishers won’t publish anything else, goddammit, so let’s blame them. It’s a conspiracy.

8. Something to do with swords and Freud.

I wonder about all of these points since, as a writer, I’m looking to exploit the reason people are interested in various forms of literature, and I like to look for ways to have my fun with it. But I can’t really find a satisfactory answer to why a good chunk of the genre is made up of a Middle Age Dreamland.

Share this Story
Previous: Review of “Dominion” at the Ecologist
Next: Cairn Energy Have No Plan