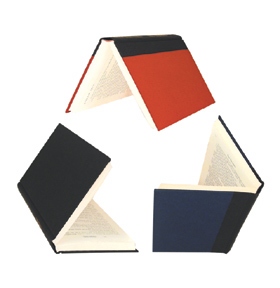 I’m coming to the end of a series, thinking about some new projects, and casting my mind back to unpublished (and never will be published) works.

I was mulling over connections between my books to make sure I don’t repeat myself, when a common theme hit me. Well, not so much a theme, but it was something I do subconsciously: that is to write characters that hide something behind another secret or character trait.

For example, one idea I had in my current series was to hide the character Brynd’s homosexuality behind something else – in his case, it was him being an albino. I wanted readers to focus on his ultra-pale skin, so I could then drop the h-bomb that was hiding in plain view.

It was something I’d actually resuscitated from a never-to-be-published work, where in that case there was the initial secret of the character having wings (totally New Weird), and that character was hiding another secret behind those wings. It only struck me as interesting because, designing a post-Red Sun project, I realised yet again I was trying to apply the same effect (I won’t say what this time). I also spotted that some of my character ideas share concerns or vaguely related issues.

Are some ideas unescapable – because, ultimately, a writer is trapped within the limits of his or her own imagination or subconscious? It really is the sort if thing you only notice after a few books are under your belt, or becomes quite noticeable if you’re looking to develop something new. How many other authors recycle their ideas? Probably quite a few.

I know some writers rehash the same book over and over again. And let’s face it, the first few of David Gemmell’s Drenai books don’t exactly stray from a template (I made the mistake of reading a few of them in one block). But I’m talking more in terms of broader themes, issues that leak into work after work. Those little niggles that sneak in, or become obsessions. I can only think of a couple or writers off the top of my head: Don DeLillo was fascinated by mass media and crowds; Hemingway was interested in emasculation, death, women etc. Perhaps it’s what defines an author, this crystallisation of ideas over a lifetime.

Share this Story
Previous: Springsteen-Related Stuff
Next: The Truth About The Economy In Two Minutes