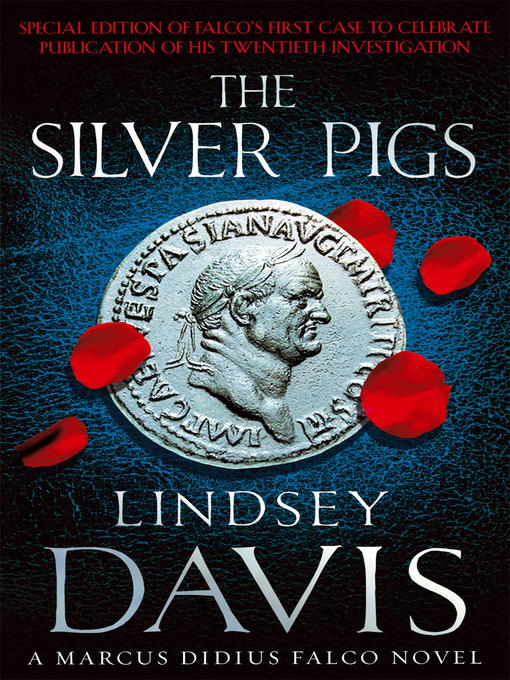 Lindsey Davis has written a cracker, a great narrative voice in Marcus Didius Falco, a Roman informer in the year 70AD (the Empire under Vespasian).

Okay, so Falco is a wise-cracking, Chandleresque character who is both charming and at first seemingly little on the dodgy side, but with a heart of gold. Nothing new there, of course, but it’s the way it’s done. Not only is Falco written superbly, with modernisms to make it his narrative a hugely accessible romp, but he blends in incredibly effectively with the context of Vespasian’s Rome and the Roman way of life.

Falco gets embroiled in uncovering a plot against the Emperor as well as financial fraud that takes him to Britain and back (it always amuses me to see the Roman loathing of uncivilised Britain). It’s a smart tale, with clever dialogue, lots of cunning plot twists (many of which are obvious but it doesn’t matter), a spot of love, and basically has something for everyone.

This isn’t a review (which you might have gathered by now, since I don’t quite have the energy to write a full one; I nominate Pornokitsch to write one, since they enjoy all things Roman), but I think even fans of fantasy fiction will really enjoy the trip to 70AD. The Silver Pigs is not as textured and in-depth as C.J. Sansom’s Shardlake novels, but it’s certainly as much fun. I think I’ve found a bit of a guilty pleasure.

Share this Story
Previous: 24 Hours of Reality
Next: Waste Land