As a kid I remember driving past the Humber Refinery and being captivated by its alien shapes; it’s industrial framework at night possessed the appearance of a vertical city. Of course, I didn’t really think of it in terms of pollution back then.

But that refinery was nothing whatsoever compared to the vast tar sands operation in Alberta, Canada, which is the focus of the film Petropolis.

In our sedentary, detached modern lives, it’s hard to really feel the shock of environmental degradation when you’re so far removed from it. With that in mind, it the makers of this film – which explores the industrial process of the tar sands in Canada – thought, The only way to show the scale and the sheer horror of this is to fly a helicopter over the boreal forests and then the tar sands operation. It cannot be comprehended from the ground.

And that’s what they did.

It does exactly what it says on the tin. With moody minimalist electronica for a soundtrack (that mixed with the beeps of lorries in a stylishly surreal manner) and captions full of hard-hitting facts, Petropolis shows the true beauty of the boreal forests contrasted with the breathtakingly hideous industrial processes of the tar sands. It’s almost hypnotic, looking down on the pollution. The sheer damage that this is doing to the world is weirdly mesmerising. The landscape of the open mines pits (pictured below – and some of which are up to 50ft deep) and the tailings ponds are like peering into a landscape on another world entirely. 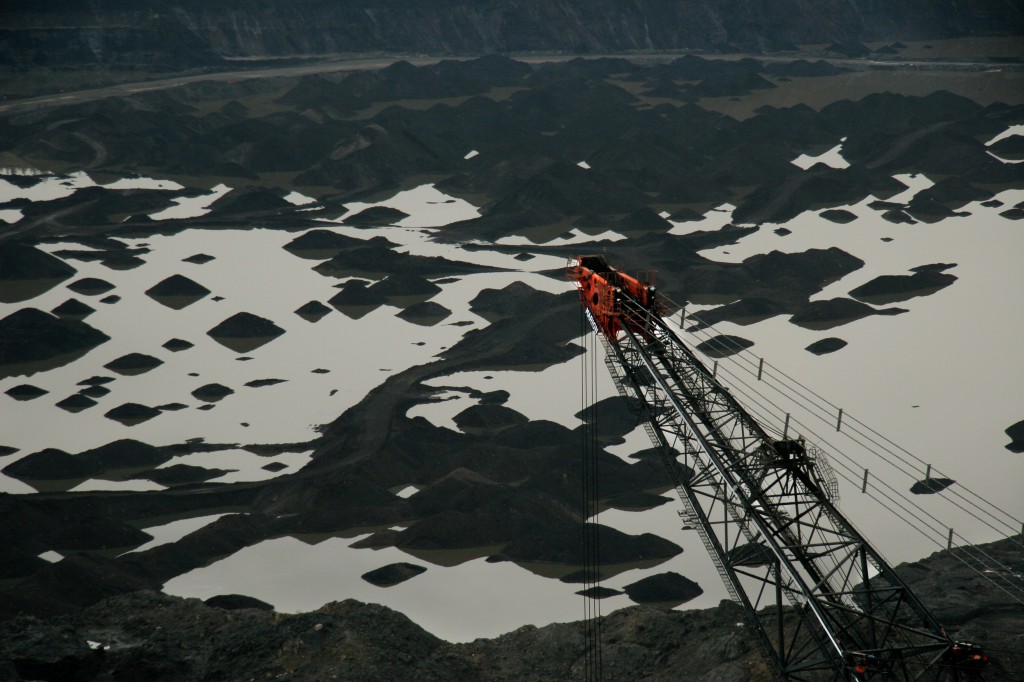 The film is notably devoid of opinion, which strikes me as an excellent move. It publishes a few facts, but other than that, it is simply areal footage, which happens to be immensely captivating. It seems impossible not to be moved by this – and that’s the whole point. The tar sands operation is staggering, it’s not necessary, and something can be done about it. People just need motivating.

Anyway, worth a rental download on iTunes – a mere 99p, since it’s only 43 minutes of your time. If you don’t actually have the time, just click on this Google maps link – and note the scale.