The Cult Of SF 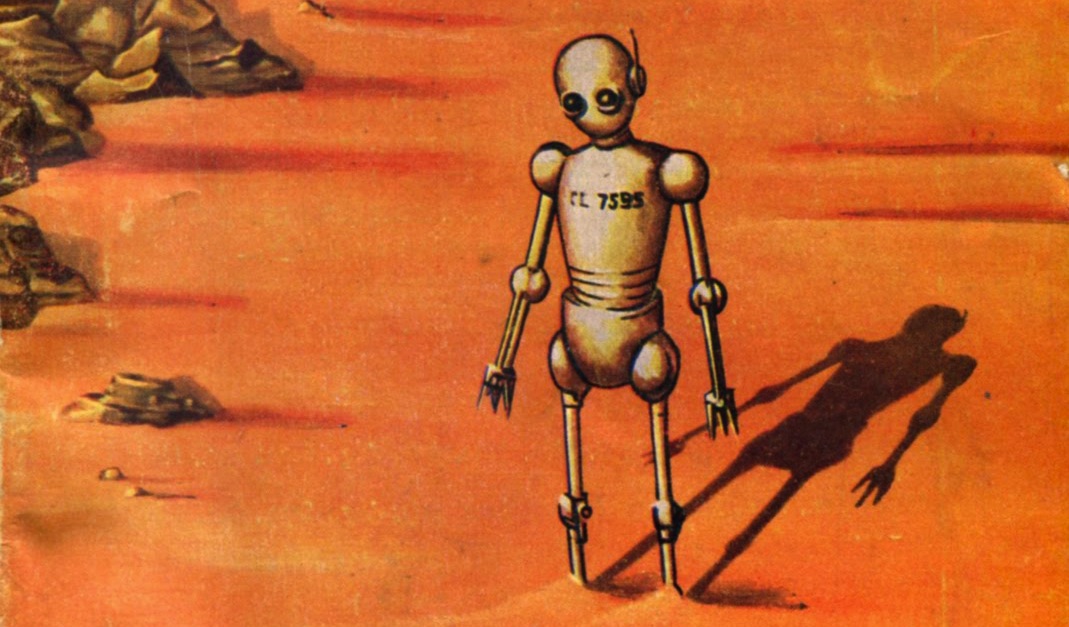 A couple of interesting debates going on across the blogosphere about the value of science fiction to science. First at Damien Walter’s blog, who challenges us to discuss.

SF doesn’t just show us possible futures, it trains us to anticipate new technology, model how it will impact our lives and exploit that insight.

The Chinese had got the idea that they needed innovation as well as manufacturing expertise, and they had noticed that young engineers in places like Silicon Valley were all science fiction readers. Consequently they decided that SF needed to be encouraged.

But I want to pick out a particularly interesting example in Cheryl’s blog regarding Climate Change:

While I was tweeting about the panel a link came through for this Guardian article about British scientists creating an “artificial volcano” to test out ideas for combating climate change. I showed it to Rachel afterwards, and she was all over it, but I can just imagine what a committed environmentalist like Mark Charan Newton would make of the idea.

I’ll get to that bit!

Not that either Damien or Cheryl were talking about this subject specifically, as I think they both make many agreeable points about the subject.

But it certainly got me thinking about the way SF is discussed, and what I like to call the Cult of SF – that is, the faith in dreaming up Big Ideas. I can understand the need to stress the importance of Big Ideas. It’s what the genre is about, no? But in some cases – such as climate change, as mentioned in the post – this is where your future dreaming will get the world in trouble. A reliance on such visions in this particular example is a terrible thing. To paraphrase what I said in the comments:

There’s so little time to hold back anthropogenic climate change (assuming you accept the unequivocal science in the first place). Leave it too long, and it will be too late to bring back CO2 concentrations to the necessary levels, causing a huge variety of issues that I’ve gone on about many times before. Dreaming up science fiction, Big Ideas, will not address the actual problems of dumping huge amounts of greenhouses gasses into the atmosphere in the first place. Moreover, this SF is diverting attention, political and financial resources away from urgent action. What this also does is play right into the hands of corporate lobbyists who will use it as an argument to delay such urgent action even further, usually to the benefit of [insert polluting organisation here].

Blind faith in science as a solution to our ills, or as some remarkable future dreamscape, can be a dangerous thing. Also, it’s not as though our wonderful Big Ideas don’t come at a cost, such as the monopolising of the food chain. The application of science through reckless corporatism, or by not recognising the practicalities of the real world in the first place, can be devastating. I should also say that what I’ve said above is no more anti-science than being against chemical weapons is anti-chemistry, and nor does it suggest we should put a limit on our ability to imagine. Science fiction is again a wonderful thing; but if we bring it into our culture, I just don’t think we should treat it like a cult of wonder.

The best science fiction, for me, actually realises this; it has a healthy scepticism for the cult of wonder. I guess that is why, for me, M. John Harrison’s or J.G. Ballard’s bleak future visions are among the best SF stories out there. (I especially like the way MJH analysis’s the commercial exploitation of science.) It recognises the corrupting influence of humans.

Share this Story
Previous: Photos Of Authors Playing Sports
Next: Graffiti from Pompeii