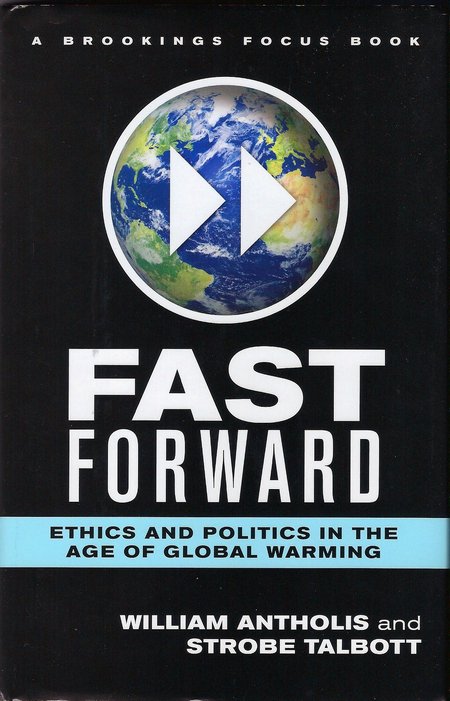 While I was away, my latest book review went up at the Ecologist online for Fast Forward: Ethics and Politics in the Age of Global Warming.

The book is written by two influential US politicians, one of whom was a US Deputy Secretary of State, while the other served on the White House National Security Council staff and was a US Negotiator of the Kyoto Protocol. All in all, they present a pretty interesting read and dig deep into the process of climate negotiations on an international platform.

However, the book goes to reveal just how inept governments are in reaching a global climate deal, how important domestic politics is in influencing such deals, and how the US practically destroyed the climate negotiations at Kyoto before they even got there. Ultimately, it’s a pretty depressing. Everyone knows their science; it’s simply a case of dealing with it – which is pretty unlikely to ever happen.

What this book begins to reveal is a frontline account of nations failing to agree on anything and the triumph of nationalism and domestic policies over co-operation and a long-term vision. The failure of the UN has been, ‘in large measure, the flip side of its virtue… The smallest, poorest and weakest countries have a forum where they can be heard along with the largest, strongest and most prosperous. That capacious representation is particularly important on the issue of climate change since small and poor nations are among the most vulnerable to desertification and flooding. Yet the UN is too large, too inclusive, and too limited in its authority to move quickly and decisively.’

Share this Story
Previous: Selection from the Metropolitan Museum of Art
Next: Happy Halloween