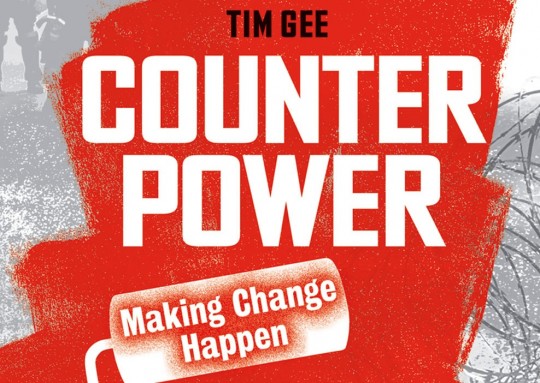 This is a brilliant book:

Rather than becoming a taxonomy of political movements, Counterpower focuses its arguments on the key, shared characteristics that unite political movements. By adopting this approach, he neatly provides a framework for the morass of loose and imprecise rhetoric that so often surrounds political debate. To do this, Gee examines the notion of what power actually is, both in the linguistic and physical senses – in other words, how governments and elite groups exercise their power over people. In response, people and movements have ‘counterpower’ at their disposal, which Gee splits into three main categories: Idea Counterpower, Economic Counterpower, and Physical Counterpower.