It’s been absolutely ages since I’ve talked about what I’ve been reading. Most of my time did get sucked up for reviewing for the Ecologist, which only left a week here and there to open books I genuinely wanted to read. So it’s been slow going. I’ve also been sent a couple of books by lovely people I know, and they’ve remained somewhere on the to-read pile making me feel guilty. Most of my reading these days is largely to support writing the Drakenfeld series – it just so happens I really enjoy such material. 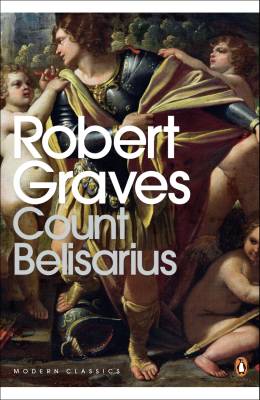 Count Belisarius, by Robert Graves, is a splendid book. Set in the sixth century, it tells of a rather dramatic time for the Roman Empire (then again, what part of its history was not dramatic?) Besieged on all sides, and with its heart now in Constantinople, Junstinian’s and Theodora’s reign was a period of one last hurrah for Imperial glory. Belisarius was at the heart of this.

I want to believe in this portrayal of Belisarius and Antonina, since it’s so very rich in emotion and drama. Belisarius is also presented as perhaps the most amazing general in the entire history of the world. Given his staggering achievements, this is believable. Oozing intelligence and tactical mastery, he was also a compassionate, dedicated and loyal individual. Graves’ book also neatly sidesteps the somewhat scandalous picture of them given to us by Procopius’ vicious Secret History.

Of the historical detail and accuracy, I won’t pass comment. I don’t know enough about Byzantine history to do so. But this is an immensely readable and enjoyable book. I’m not sure if an awareness of the period would help with one’s understanding, but I suppose this book – rich in Byzantine colour – could provide a good introduction of sorts. Perhaps the battle details start to bog down the narrative eventually, however this is a book about a talented Byzantine general, so there is going to be a lot of that.

Notable, also, is how Antonina rolls her sleeves up and mucks in with various defences and so forth. So often, in fiction – and especially fantasy fiction – women are rarely seen on the battlefield, let alone having a profound influence on matters, and yet, history proves modern fictioneers wrong again and again…