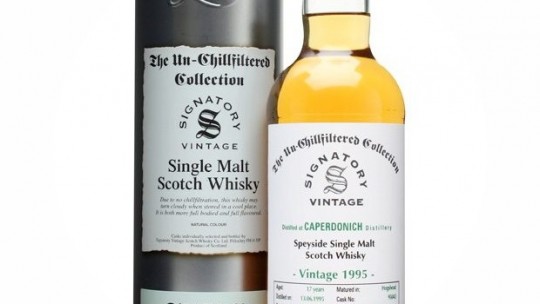 More whisky reviews are online, over at my other site. Most notable were two Port Askaig cask strength whiskies, both of which were stunning. Though Port Askaig whisky comes from Islay, the whisky isle, it’s not actually a distillery but a range of independent bottlings. (The whisky, I’m pretty sure, comes from Caol Ila.)

Staying on Islay, there a very nice sample of Bunnahabhain 23 Year Old was sent to me by Abbey Whisky.

Finally, another independent bottling, the Signatory Caperdonich 1995 – 17 Year Old, which had a classic flavour profile.