Posted by: Mark Newton in genre stuff Comments Off on Nine Worlds 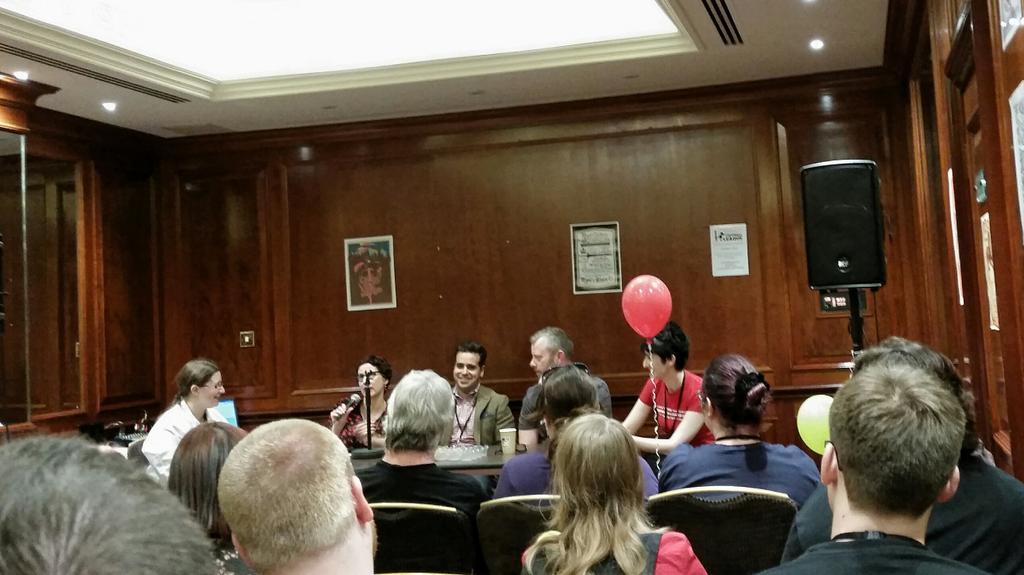 That’s me on the ‘Food in Fantasy’ panel, alongside Esther Saxey, Ed Cox, and the especially entertaining Gail Carriger. (Photo stolen shamelessly from the J for Jetpack Twitter account.)

This was the first time I’d attended Nine Worlds, which is now in its second year. I have to say it was one of the most positive, inclusive and relaxed genre conventions I’ve ever been to. In fact, I’d say it was easily the most well-organised, thoughtful and well-planned conventions. It was great to see a new generation of SFF geeks in attendance, too.

I could only make it for one day, but next year I’ll almost certainly try to make it there for two days.

Next stop, Fantasy in the Court on Tuesday night, and then Worldcon next weekend.