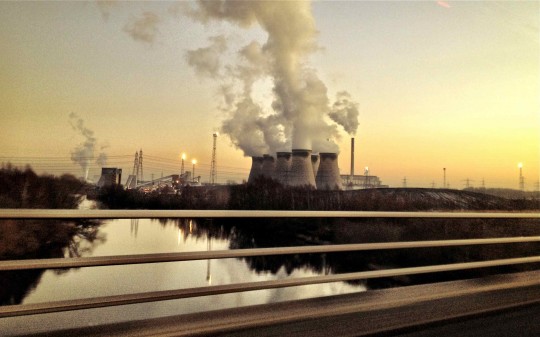 Skeptical Science takes a look at people who are in denial of scientific consensuses. An overwhelming number of lines of scientific evidence connects HIV to AIDS, smoking to lung cancer, humans to climate change and so on, yet many people choose to ignore the reality. When you’re not into denial to make a quick buck (perhaps a journalist hoping to take the money of a polluting firm or tobacco company), why else would people believe nonsense?

Certain defence mechanisms are tell-tale signs of denial. In one experiment, people were asked if they believed there was a link between Saddam Hussein and the terrorist attacks on 9/11. Those who answered yes were shown evidence that there was no such link, including a direct quote from President Bush. Despite the overwhelming evidence, only 2% of participants consciously changed their mind (although interestingly, 14% denied they ever believed in the link despite indicating so in the initial survey).

The most common response was attitude bolstering. This involves bringing to mind arguments that support pre-existing views while denying any counter evidence. The process is reflexive and almost sub-conscious. Attitude bolstering has an unexpected and unfortunate consequence. When one encounters threatening evidence, the cognitive process of bringing supporting arguments to the fore results in a strengthening of one’s views. This is known as the backfire effect, where debunking a myth can paradoxically end up reinforcing the myth. The effect is strongest among those whose views are already quite strong.

Read the rest – it’s fascinating to place this alongside an examination of the denial industry’s methods.

The older I get, the more fascinated I become by people and their beliefs – what motivates us to think in certain ways (a character I’m creating is a very logical thinker despite having a strong faith in gods, which probably prompted this line of thought today).

Most of the world laughs at David Icke, yet his books sell many copies, and a worrying number of people believe all that he says. When I worked in bookselling, I flicked through one or two of his tomes, out of curiousity; it was interesting to see how he would use references in his essays, yet when you checked them out they were often bizarre or nonsensical connections, so he was merely creating the illusion of truth*. It’s the sort of things climate change deniers also do. (Even when I read Houdini’s writings recently, I felt a sadness for the susceptibility of people.)

I’m not sure I was really going anywhere with this, except to say that denial and illusion seem very closely related.

* I’ve put that there merely to highlight his illusion of authority.