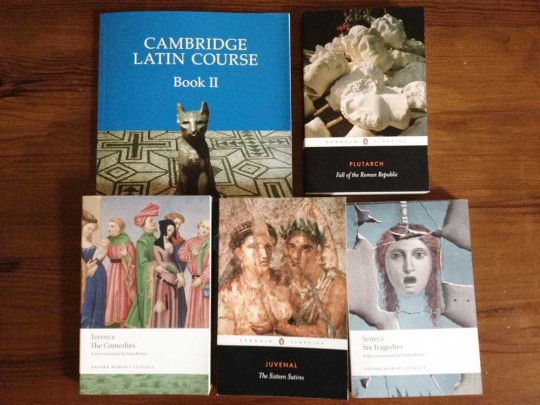 I’ve been learning Latin for the past five months and I’m enjoying every moment of it. Don’t ask me to say anything, because I barely can on request. With help from my partner (she went to a fancy school and knows it already), I’m learning from the Cambridge Latin Course, which is fantastic. The way it builds up your understanding of the language in the context of a family in ancient world (Pompeii) is effective, and marvellous fun. The first book concerns itself mainly with simple translations at the moment, copying sentences out, finding the right verb/noun/tense and so on. Apparently in future books, there’s more going from converting English into Latin, but overall I’m finding it much better than memorising declensions right off the bat. And certainly better than the above…

What’s impressed me the most about learning Latin, however, is how it helps you understand the structure of language, even in English. You start looking at the way words fall on the page in completely different ways. It’s not the reason I wanted to learn it, but it’s certainly a fascinating afterthought. The main thing, however, is that it’s simply nice to be learning another language – even a dead one.