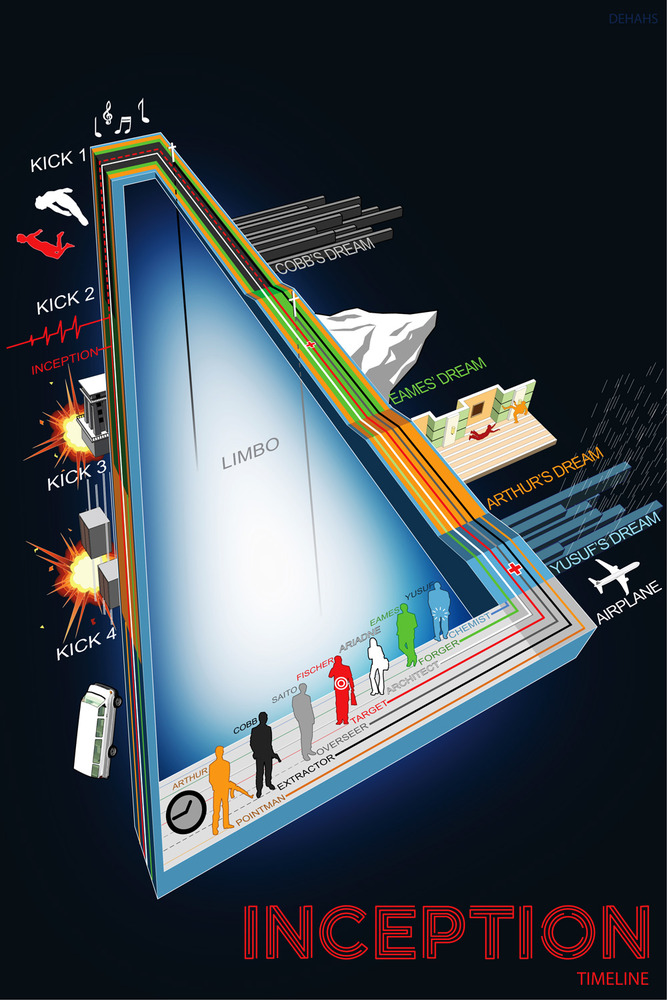 I’m not going to add to the numerous posts that can be found throughout the Internet. I’m not going to review Inception; suffice to say I enjoyed it; I enjoyed the emotionally flat tone, and enjoyed the how-the-fuck-did-they-film-the-hotel-corridor-scene assault on the mind (I don’t want to know the answer to the latter, thanks). And I was impressed by the fact that a cerebral thriller could be mass marketed so effectively. To have dream-within-a-dream-within-a-dream plots running simultaneously, and to have it work, was satisfying, of course. But I mostly felt as if I might be part of a cinematic paradigm shift: Dear public, these moving pictures can be rather clever, too.

Each time Hollywood unleashes a major SF film, the SF literary blogosphere – in a fine, good-spirited and sub-conscious manner – lurches above the foliage to begin thumping its chest in any number of ways to symbolise a marking of genre territory – that there is much good to be found in our books. And quite right too, it’s all part of the fun. Here are a few interesting chesty-thumps.

More than I’ve noticed for any prior genre movie blockbuster, each of the reviews I’ve seen – from newspapers to blogs – are almost talking about different films from each other. That is to say, each review has interpreted things in a very different way, or found something else on which to hang itself. The opinions are much more disparate than the collective trouncing of the prog-rock-cover-art-inspired Avatar. Perhaps because of the deliberate ambiguity of Christopher Nolan’s script, perhaps his execution (“It’s clever!”; “No, they’re such cheap tricks!”) or perhaps because of the nature of the subject of the film, dreaming, and what it means to each of us. Though, surprisingly, I found one of the best dissections of the reality/dream debate to be found on Yahoo Answers.

That a piece of art invites such a level of reaction says much about the content. This, then, means Inception is good art.

Share this Story
Previous: A Bowl Of Blackcurrants
Next: BP Unveil New Logo