The Royal Shakespeare Theatre has been given a revamp, and look how pretty it is. I imagine it is a remarkable moment when an actor/actress is presented with this view. (Click on the image to view the whole gallery – it’s rather impressive.) 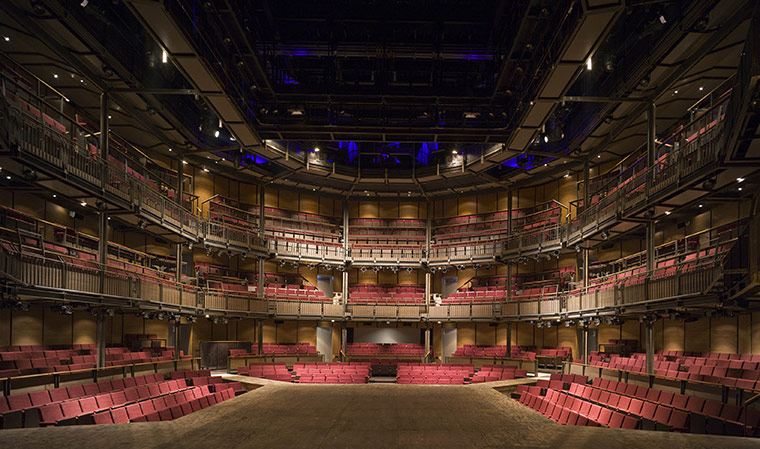 When the renovation of the Royal Shakespeare theatre at Stratford-upon-Avon was first announced, someone asked why the number of seats was to fall by 400. Surely this was against the notion of “accessibility” or “art for all”? Michael Boyd, artistic director of the RSC, boomed: “This isn’t football – you’re meant to be able to hear what the actors are saying.”

Not a bad way to spend £112million. I remember being in awe of the Royal Opera House when I watched Don Giovanni (featuring Anna Netrebko) a couple of years ago, but where that was a contemporary building, the Royal Shakespeare theatre seems to be all about the heritage.