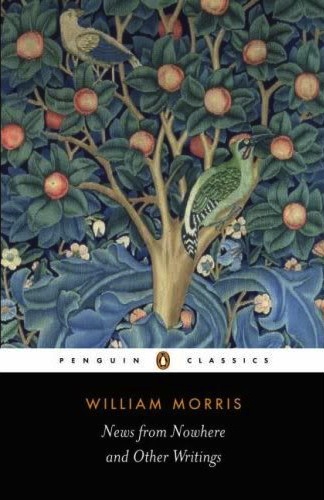 William Morris was a designer, an artist, a prose and poetry writer, socialist and environmental thinker, as well as being a key part of the the Arts and Crafts Movement. And many of his novels were some very early forms of science fiction and fantasy.

I first read News From Nowhere about ten years ago. It was very much a science fiction novel, of the type you just can’t get anymore. It is a particularly interesting read, and one of the first blueprints for an environmentally sustainable society. The lead character, William, wakes up one day (the night after a hearty political discussion) in a future London where there is no private property, and the means of production are owned by the people rather than a few dominant individuals. It concerns a utopian state of affairs, of course; moreover it is a utopia caught up with all the flavour of the Romantics, so it’s rather pastoral, and perhaps naive, but nonetheless gives a passionate future of small communities in a government-free and moneyless society, and one where women had greater equality (which was a significant thought at the time). Generally, Morris tackles the important questions of what happens after revolution, and what he felt true communalism ought to be about. Highly recommended for anyone with an interest in socialism and Victorian science fiction (though it’s not particularly Steampunk flavoured, if that’s your thing). 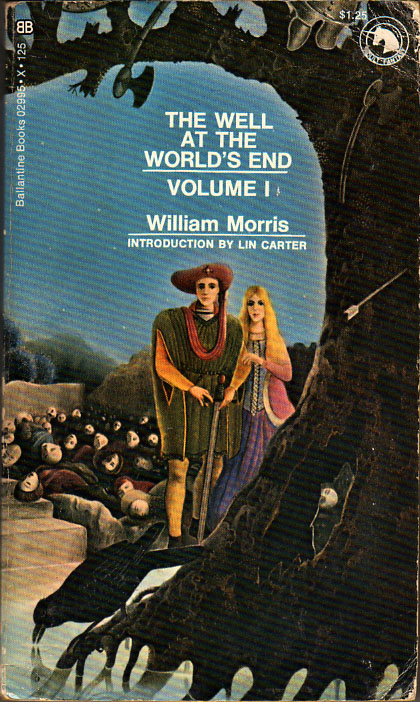 At that time I also read The Well at the World’s End, which had little to do with his socialism, and more about prose romances.

Morris’ romances are little talked about these days, but they are said to be a key influence on Tolkien, so are certainly an important part of the genre’s formation. The Well at the World’s End was perhaps a little simplistic, if I remember correctly. The story is about the youngest son of a king setting out on a quest adventure to find a magic well that could grant immortality. Charming enough, full of wonderful imagery, but the novel was very much crafted in the style of medieval stories, which were a fascination to Morris.

Aside from these two novels, I read some of Morris’ other essays, though these were largely concerning things of a political nature, but has anyone else read some of these or his other prose romances and what did you think about them?

Can anyone suggest any other pre-Tolkien fantasy writers?

Share this Story
Previous: Comments On The Blogosphere
Next: Photographs As Inspiration For Writing