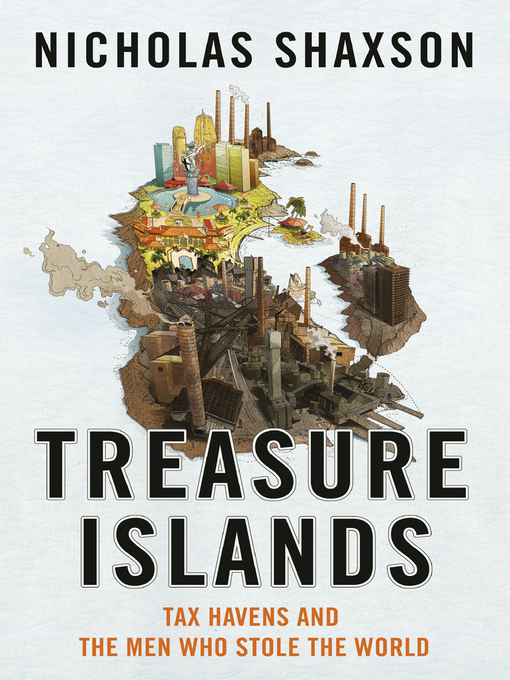 I’m going through a long non-fiction phase at the moment. I tend to do this from time to time, when fiction just doesn’t seem to hit the right spot. Also, I sense it’s when I’m in the creation phase of a novel, that first half of the book, where I become a sponge for information.

Anyway, onto Treasure Islands: Tax Havens and the Men who Stole the World, by Nicholas Shaxson. I am not an economist, though I have studied the subject. Nor am I an accountant, though I have one to process the meagre funds that writers earn (simply because I fear the numbers now). But anyone who pays tax – so that will be all of you – should find this book endlessly fascinating. At the same time, you will find an inner anger brewing at the state of the world, and begin to think that politicians have less of a grip on the world than you previously thought.

Now, this book covers a range of topics, from the Elf Scandal, the history of tax havens or ‘secrecy jurisdictions’, the formation of the Eurodollar (huge moment in global finance), through to the deregulation of the banking industry and the financial catastrophes of late, and finishing with an examination of the most curious beast, the City of London Corporation. It’s a fascinating read throughout – these could be subjects that send to sleep even those with a disposition to hard economics, but Shaxson does a splendid job in making this subject… well, exciting. It’s interesting. It’s interesting because he shows just how this affects the world.

At its most simplest:

Imagine you are in your local supermarket and you see well-dressed individuals zipping through a ‘priority’ checkout behind a red velvet rope. There is also a large item, ‘extra expenses’, on your checkout bill, which subsidises their purchases. Sorry, says the supermarket manager, but we have no choice. If you did not pay half their bill, they would shop elsewhere. Now pay up.

Shaxson demonstrates, with no political bias (this is not a left or right issue), how companies generally avoid tax. Multinational corporations can spread their costs to high tax areas (internal transfer pricing) and their profits to low tax areas, contributing very little to the countries in which they work.

But then we get on to how offshore banking / tax havens / secrecy jurisdictions are scandalous. Not only do they enable corrupt dictators, criminals, or the drug trade – via offering secret zones in which to clean money – but they weaken developing economies, keep the poor poor (for every dollar of aid going into Africa, ten dollars comes out into offshore havens), and force governments to capitulate to lower corporate taxes, forcing the tax burden on all of us, so that we should pay for welfare, the roads and rail, the educated workforce, the health of employees – all things companies rely upon to make their profits. Half of World trade passes through tax havens, and which are the largest havens in the world? The City of London and America. Shaxson then goes on to demolish just about every possible justification for tax havens, with examples throughout history.

If you were to read any book on global finances in your life, you could do worse than read this book. At the very least, visit Shaxson’s website and read his fascinating blog.