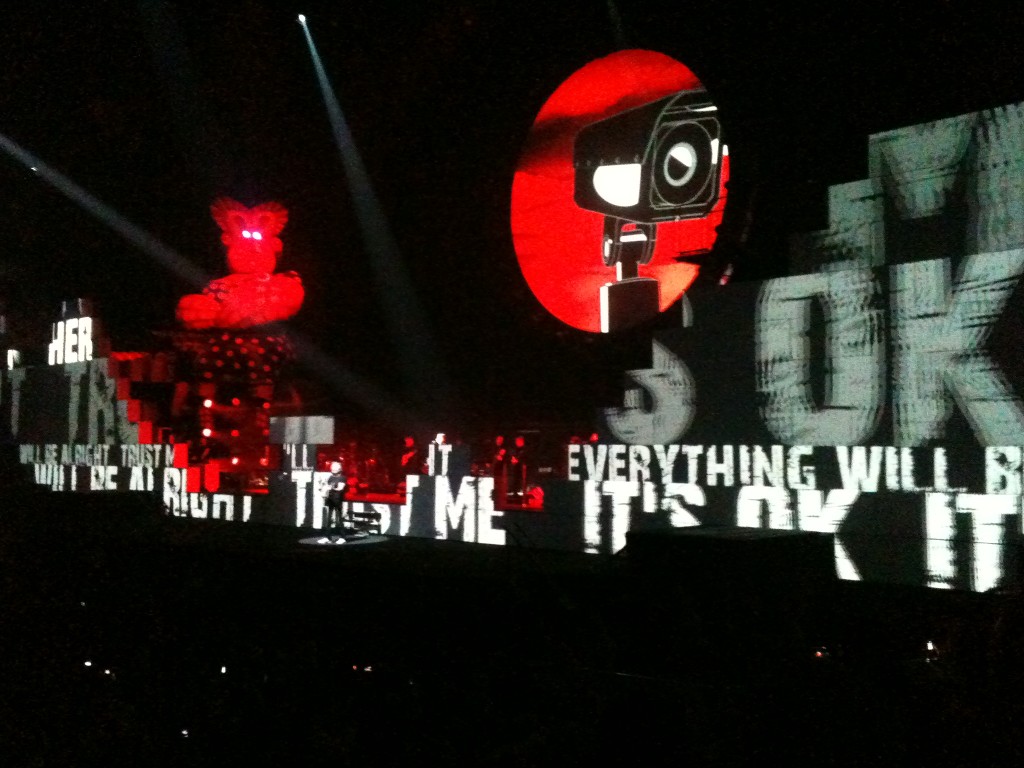 I had been waiting about 12 years to see this show; it would have been great to have seen the original band (totally picked the wrong night), but seeing founder member Roger Waters was enough. (Besides, I saw Waters reunite with Mason a few years ago, so that’s pretty good as far as luck goes.) The Wall was Pink Floyd’s 1979 concept album – and theatrical show – about culturally inflicted isolation as a succession of events that form bricks in the metaphorical wall (‘Fear Builds Walls’ was a big motto on the night). It’s about government, war and capitalism, their role in isolation and abandonment, and much of this comes to light incredibly well in the actual stage performance. I was struck by how relevant this all was, even after 30 years (especially after 30 years, given the state of things). The projections were incredibly moving – showing emotional reunions between children and their fathers who had gone to war; the photos of those who had died in combat; pictures of tortured prisoners; footage of innocent people being gunned down by helicopters in Iraq, as well as a whole bunch of animations and neo-Nazi iconography. There was also a giant inflatable pig that floated above the audience, and those famous, giant puppets.

“The bleeding hearts and the artists make their stand,” Waters sings – he most certainly did. The man was on fine form. Here are a few more photos from the night taken on my iPhone. 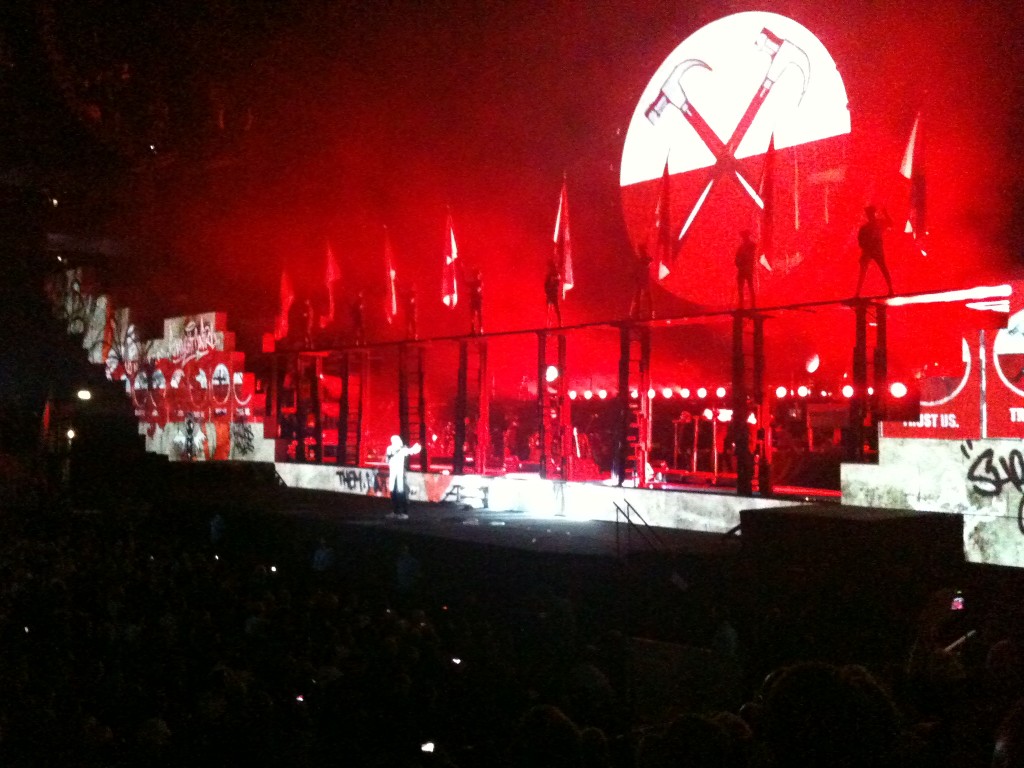 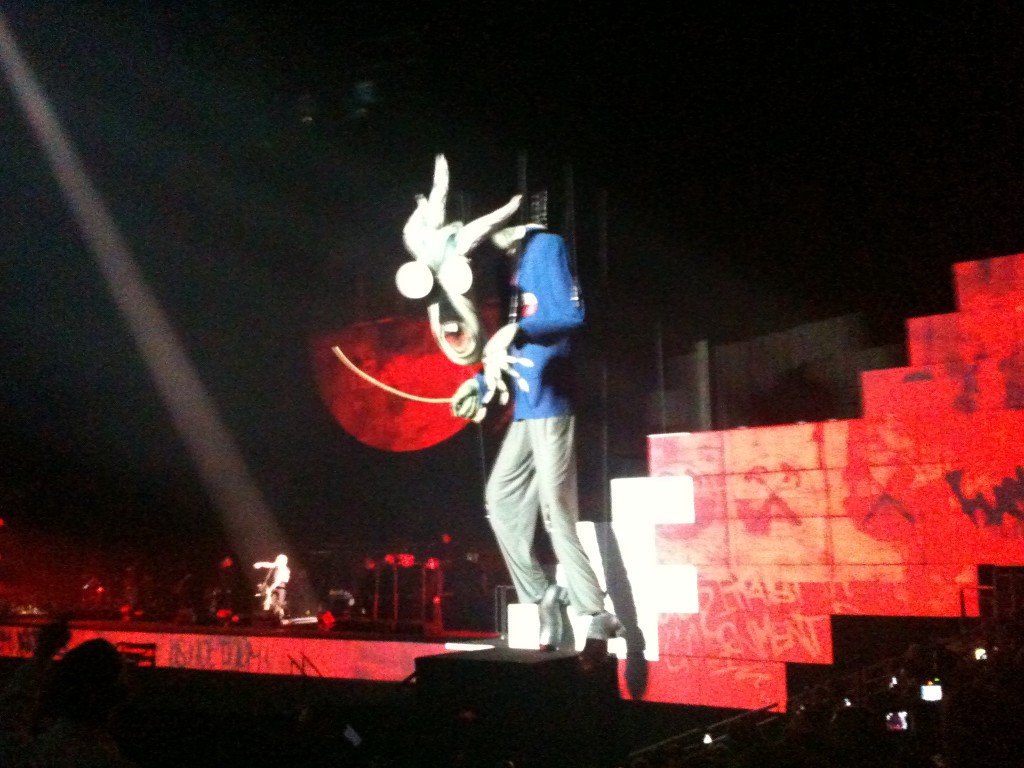 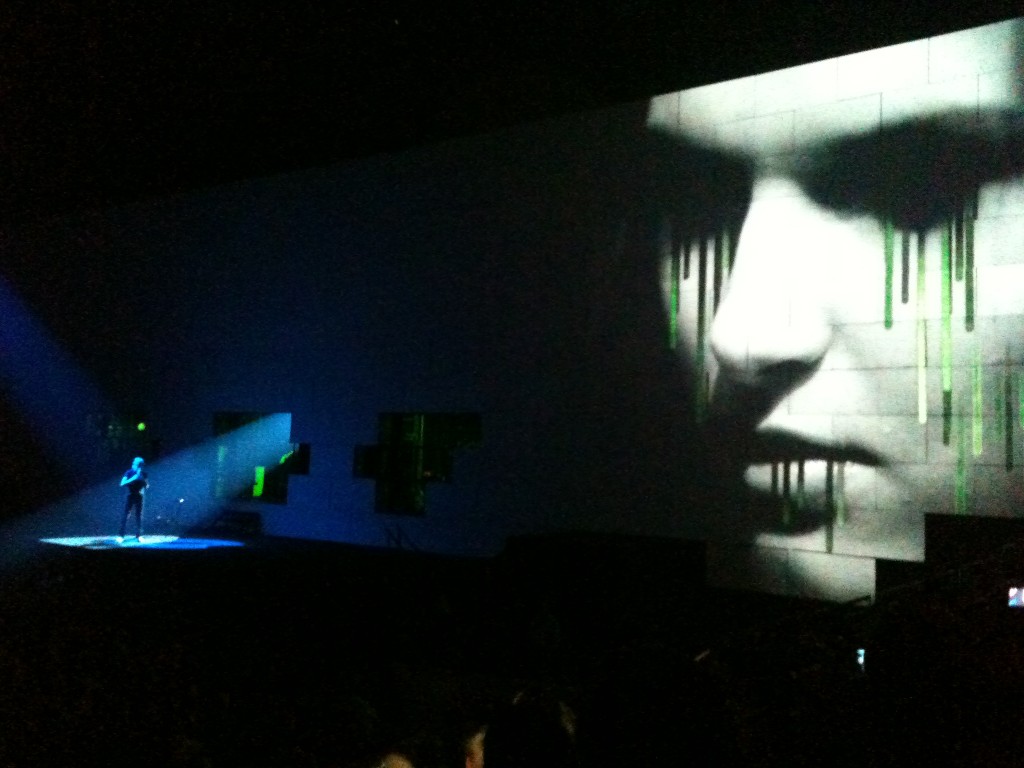 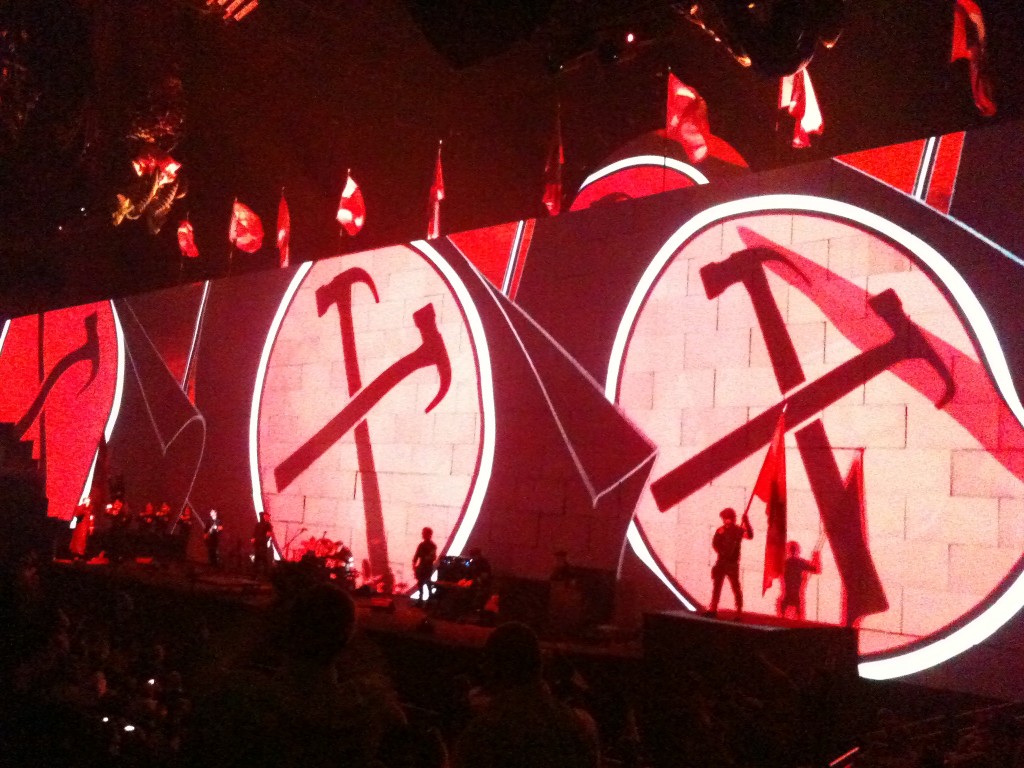 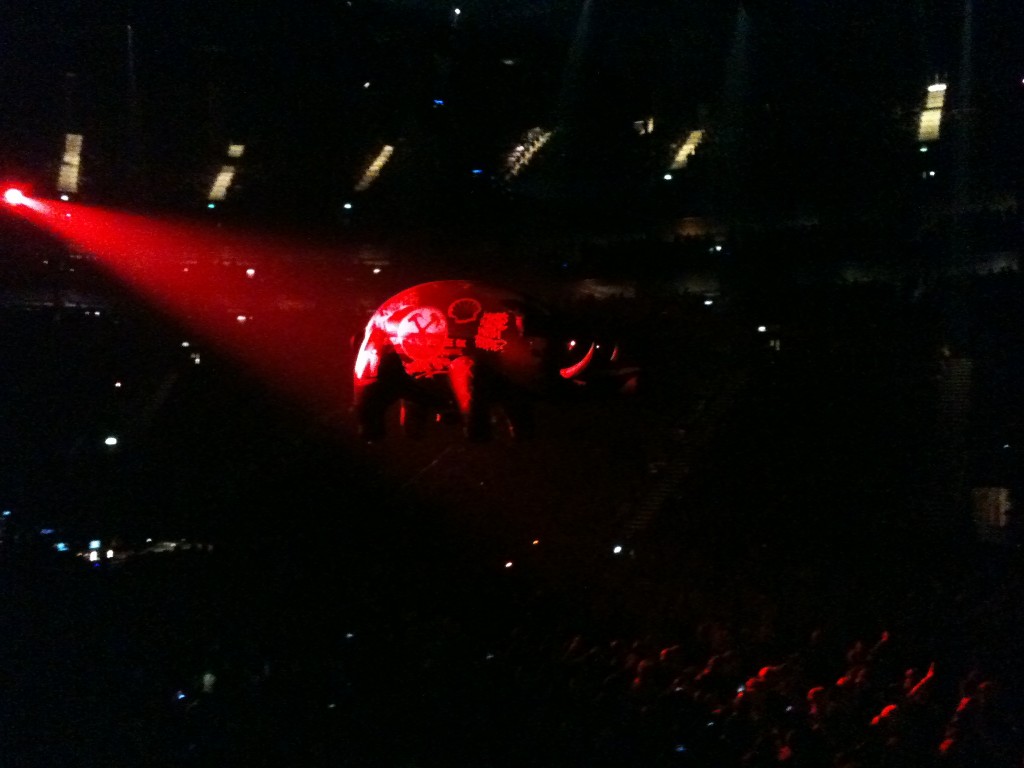 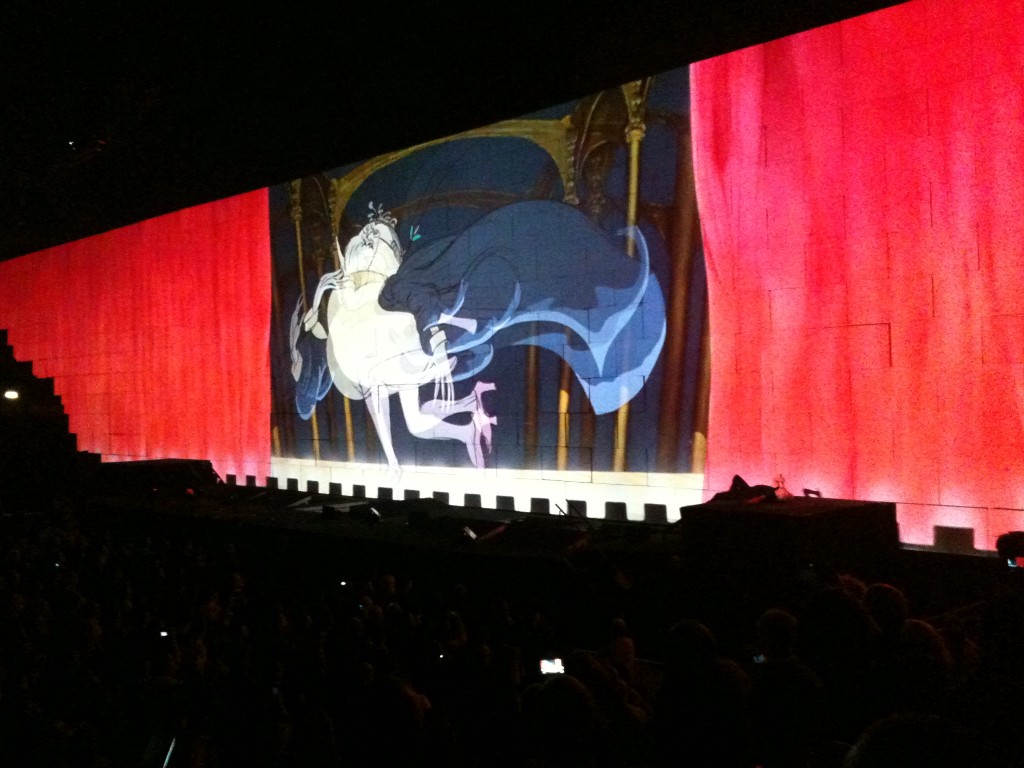