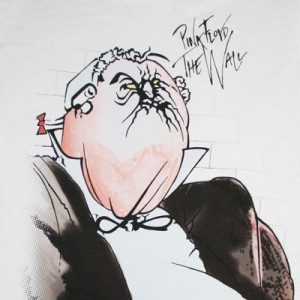 As reported in the Guardian, an author has won a court case for a book review that was ‘”spiteful” and contained serious factual errors.‘

Telegraph Media Group, the publisher of the Daily Telegraph, has been ordered to pay £65,000 in damages after losing a high court case for libel and malicious falsehood over a Lynn Barber book review.

Ruling in the high court in London on Tuesday, Mr Justice Tugendhat said a 2008 review of Dr Sarah Thornton’s book, Seven Days in the Art World, by the Telegraph columnist was “spiteful” and contained serious factual errors.

A spokeswoman for the Telegraph Media Group said it was “dismayed” by the judgment and vowed to appeal.

Thornton’s claim for libel and malicious falsehood related to two paragraphs of the review, published by the Telegraph in November 2008.

Now that sets a strange precedent, and it raises interesting questions. Where does someone’s opinion end, and deliberate malicious behaviour begin? If such malice results in lost sales, should the financial costs be recovered? (If so, I hardly think £65,000 equates with those lost sales!)

Of course, I can’t help but imagine some ridiculous future in which those publishers with greater resources possess the powers to threaten those with a bad opinion. You already see this kind of thing with Tory MPs in the UK against those who make ‘untrue inferences ‘ against them. (Then again, authors aren’t as rich as Tory MPs…)

Share this Story
Previous: SF vs The Man Booker
Next: Author Returns