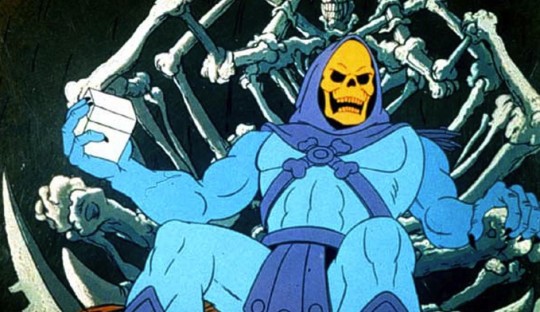 Damien Walter has a discussion on the Guardian blog about ‘grimdark’ fantasy, or ultra-violent fantasy, and he talks about the use of rape as a substitute for character development in fantasy narratives.

there’s no doubt that fantasy writers have left her an open goal by filling their books with scenes of rape and torture in a misguided attempt to provide psychological depth that they aren’t skilled enough to create in other ways. And beware the writer who strays into this territory blindly. acrackedmoon is only one of a growing army of #feminazgul, women fantasy fans who take it on themselves to hound writers of Grimdark to their dooms. Such is the rough justice of the internet.

A brief tangent on this subject. I’ve been noticing the rise of grimdark for some time (though I didn’t know it by that name). Maybe I’ve been guilty of committing some of the sins of grimdark myself to some extent – though certainly not the rapey bits – and they’re also not the first of my literary errors.

I suspect the rise of such fantasy novels is in many ways a response to the somewhat Manichean fantasy blueprint of yesteryear, in which there’s nearly always this inherent duality of good and evil in narratives.

No problem with moving on from that, of course, but perhaps this effort to see ‘gritty‘ and spuriously realistic fantasy has led to an over-mining of grey areas, where characters can seem to be be pretty nasty and violent – and yet likeable. Not merely the anti-hero, but the anti-heroMAX, so much so that it’s become par for the course. And that’s where some things can start to go wrong, and grimdark unfurls itself.

I’ve been trying to write the opposite of that for my new series, which is why the subject has been on my mind recently. I think there is room for exploring genuinely good characters, who can be realistic, mature, sophisticated. It makes things more interesting, creatively, when things go against them, that’s for sure. I was reminded of the Hercule Poirot story (or at least, certainly the more recent TV portrayal), of Murder on the Orient Express, in which his faith in the Catholic church – or rather, his goodness – is tested. Goodness and evil can perhaps be questioned in a more interesting way. Perhaps a more mature way, who knows.

Share this Story
Previous: Entrance to a Roman Theatre
Next: New York Types