Posted by: Mark Newton in art & photography Comments Off on Othello by William Mulready 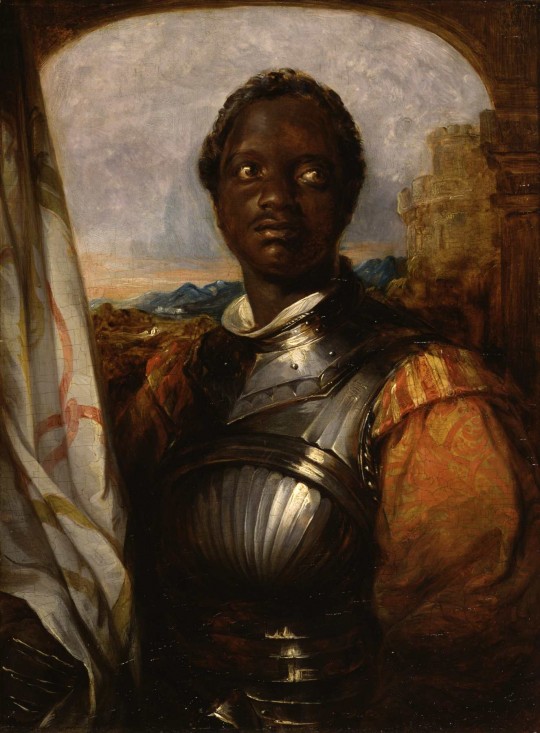 Description from Wikipedia: “Mulready spent most of his career in London painting genre subjects. Many of his major works are now on display in the Victoria and Albert Museum. Here, he has portrayed the BLACK actor Ira Aldridge (1805 (?)-1867), who won renown in Europe for his Shakespearean roles, including Othello, Lear, and Macbeth. This half-length portrait shows Aldrige in battle armor, with a flag at his right, in front of a stone archway.“