A Glass of Wine with Caesar Borgia

Posted by: Mark Newton in art & photography Comments Off on A Glass of Wine with Caesar Borgia 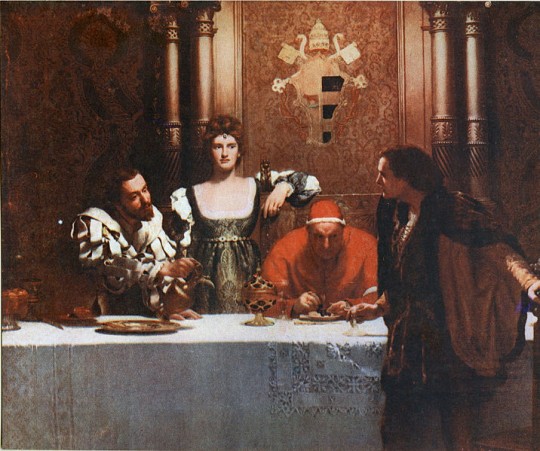 Posted by: Mark Newton in art & photography Comments Off on Book Staircase 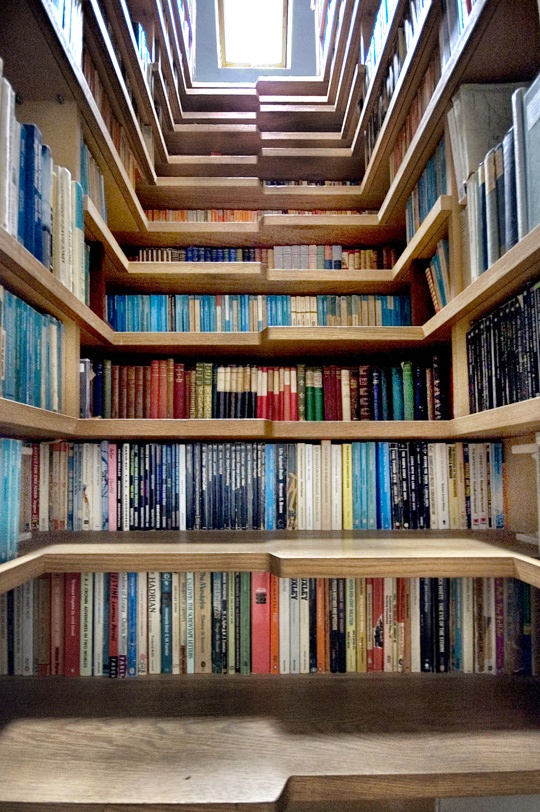 Now this is a pretty good way of using space. The only thing is, you’d hardly ever make it to the top of the stairs, since you’d get distracted every couple of steps. (Via.)

On the Tor UK Blog

Posted by: Mark Newton in my books Comments Off on On the Tor UK Blog

I’ve written a piece for the Tor UK blog on having my first two books receive new covers, and on being able to revisit Nights of Villjamur to make certain changes to the text:

Who doesn’t like getting a new coat? All right, I know that some of you will love to fester in the trendy / dodgy peacoat you bought over a decade ago, but fashions change whether you like it or not. (Admit it – you’re getting older and you don’t like the change so much.) Anyway, the world of publishing does have to change. What appealed five years ago to the average punter stepping into a bookstore on a wet Wednesday probably won’t work today. Sometimes, you need to freshen up book covers to appeal to new readers. 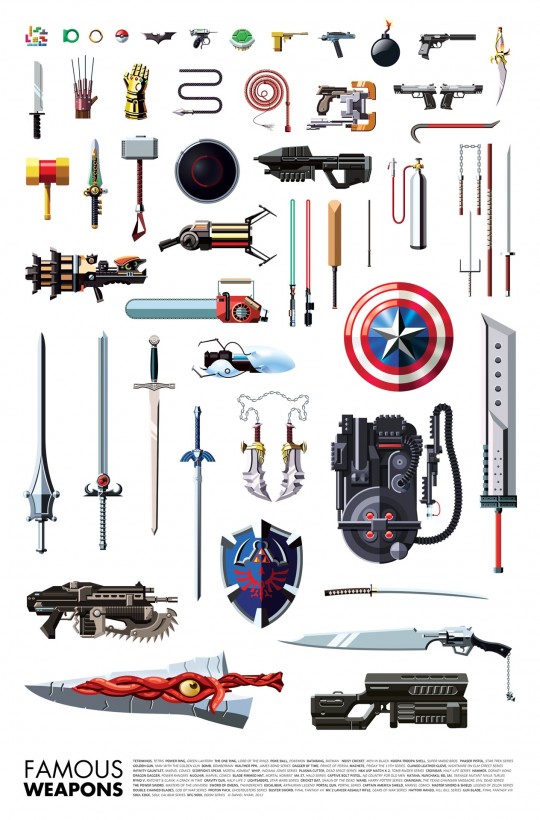 Iconic weapons from across the pop culture landscape, by Daniel Nyari. Click to see the answers at the bottom.

Posted by: Mark Newton in art & photography Comments Off on Theo Jansen

I was at Foyles in London on Saturday night for a panel called Invisible Cities. It was a discussion on cities and the fantastic, with Tom Pollock and Kate Griffin (with Tom Hunter as moderator), and which was hosted by The Kitschies and Kraken Rum.

I haven’t enjoyed a panel discussion so much in ages. Tom and Kat were on superb form, and we had some proper debate going on, whilst being thoroughly grounded in genre sensibilities. We covered all sorts of subjects about how we each approach writing cities, our relationship with urban spaces, cities as inspiration, what cities can represent, how they’re great at presenting a wide cast of potential characters, tensions, plots and so on. As you can see – a pretty wide-ranging talk. My slant was, pretty much, trying to prove that cities didn’t really exist on one level (I’m not sure whether or not I got away with it) as well as championing the non-city. And right at the start, Tom Hunter very kindly revealed my dislike of London to the audience made up largely of Londoners, but I think I smoothed that over…

There were some really interesting questions that the audience brought up, one of which I never felt got answered properly, so I’m highlighting it here. One man asked about working class characters in fantasy fiction, and why they were notably absent. What I think he was actually getting at was – and this is probably with regards to real world cities – why there is little interest in genuine social realism. To a large extent, I do agree with him – there is a particular M. John Harrison-esque kitchen-sink grunge fantasy that doesn’t really get done all that much these days, especially one that engages with social issues. I didn’t really have a satisfactory answer to that. Perhaps it’s a niche within a niche, or perhaps class is very different these days in Britain. Maybe it’s done in short fiction? Anyway, my lack of a satisfactory answer niggled me.

Other than that, great to see new faces, as well as more familiar ones – and lovely to have a panel like this outside of a convention. Thanks to all who came.

Posted by: Mark Newton in art & photography Comments Off on American Tintype

“Bodie is by far the best preserved ghost town in the United States. Gold was discovered back in 1859 by William S Bodey and at its apex, the town had a population of 10,000 residents through the 1880’s. Bodie was replete with the makings of old west folklore; gunfighters, saloons, miners, gambling halls and prostitutes, a rough place through and through. But the town’s success didn’t last and faded from ‘glory’ prior to World War I and was finally down for the count during WWII once all mining operations were halted due to the war effort. It was effectively abandoned with many of the structures retaining the inhabitants belongings…” 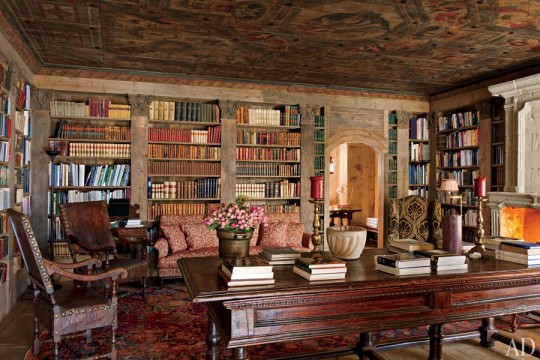 A private library of a Swiss publisher. Sigh.

Posted by: Mark Newton in music Comments Off on Why Doesn’t MTV Play Music Videos Anymore?

You had to ask…