“Drakenfeld is a flawed yet appealing hero and Newton has wrought a fast-paced fantasy thriller which should appeal to readers of C.J. Sansom” 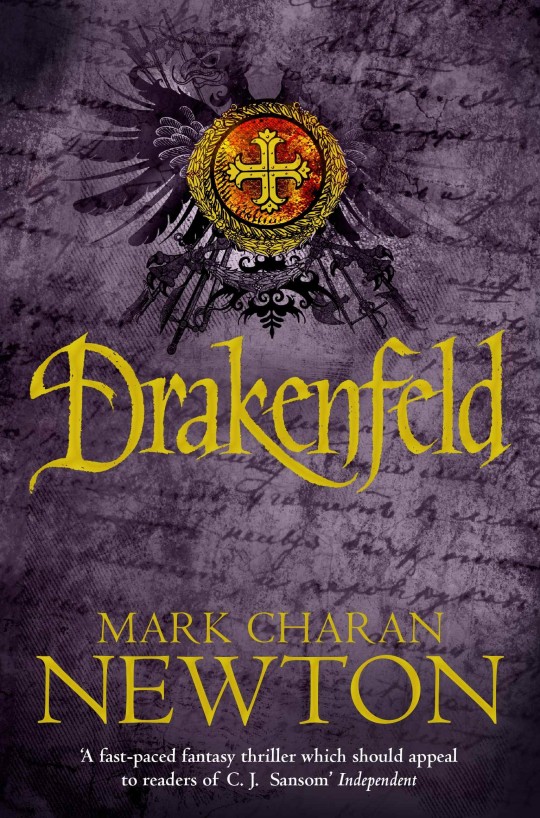 Embarking on the biggest and most complex investigation of his career, Drakenfeld soon realises the evidence is leading him towards a motive that could ultimately bring darkness to the whole continent. The fate of the nations is in his hands.
&nbsp

Having just solved a difficult case in his home city of Tryum, Sun Chamber Officer Lucan Drakenfeld and his associate Leana are ordered to journey to the exotic city of Kuvash in Koton, where a revered priest has gone missing. When they arrive, they discover the priest has already been found – or at least parts of him have.

But investigating the unusual death isn’t a priority for the legislature of Kuvash; there’s a kingdom to run, a census to create and a dictatorial Queen to placate. Soon Drakenfeld finds that he is suddenly in charge of an investigation in a strange city, whose customs and politics are as complex as they are dangerous.

Kuvash is a city of contradictions; wealth and poverty exist uneasily side-by-side and behind the rich façades of gilded streets and buildings, all levels of depravity and decadence are practised.

When several more bodies are discovered mutilated and dumped in a public place, Drakenfeld realizes there’s a killer at work who seems to delight in torture and pain. With no motive, no leads and no suspects, he feels like he’s running out of options. And in a city where nothing is as it seems, seeking the truth is likely to get him killed . . .

Legends of the Red Sun series:

First in the Legends of the Red Sun series, and my first proper novel. It’s a fantasy set in an ancient city, focussing on a cast of characters and how they deal with personal issues amidst larger events. It’s a little experimental, perhaps, especially with the prose, but there’s a new and much cleaner edition published in November 2012 – with the jacket pictured left.

Second book in the Legends of the Red Sun series, though designed to work as a standalone, this fantasy novel sees things get a lot darker. For the genre taxonomy geeks out there, whilst not consciously a New Weird novel, I certainly hope that the sub-genre acts as an inspiration. Also, if anyone was going to read just one book of this series, I’d like it to be this one, as I’m really proud of it.

Third in the Legends of the Red Sun series, and something of a change of gear: it combines a transgendered lead as well as a new group of heroes. The action moves back to Villjmamur, where there’s great political unrest and a series of strikes by anarchists begins.

Final book in the series, a return to Viliren, and which brings all the strands together for the big finale. Also features the Mourning Wasp.

For reviews of these books, head to the review section.