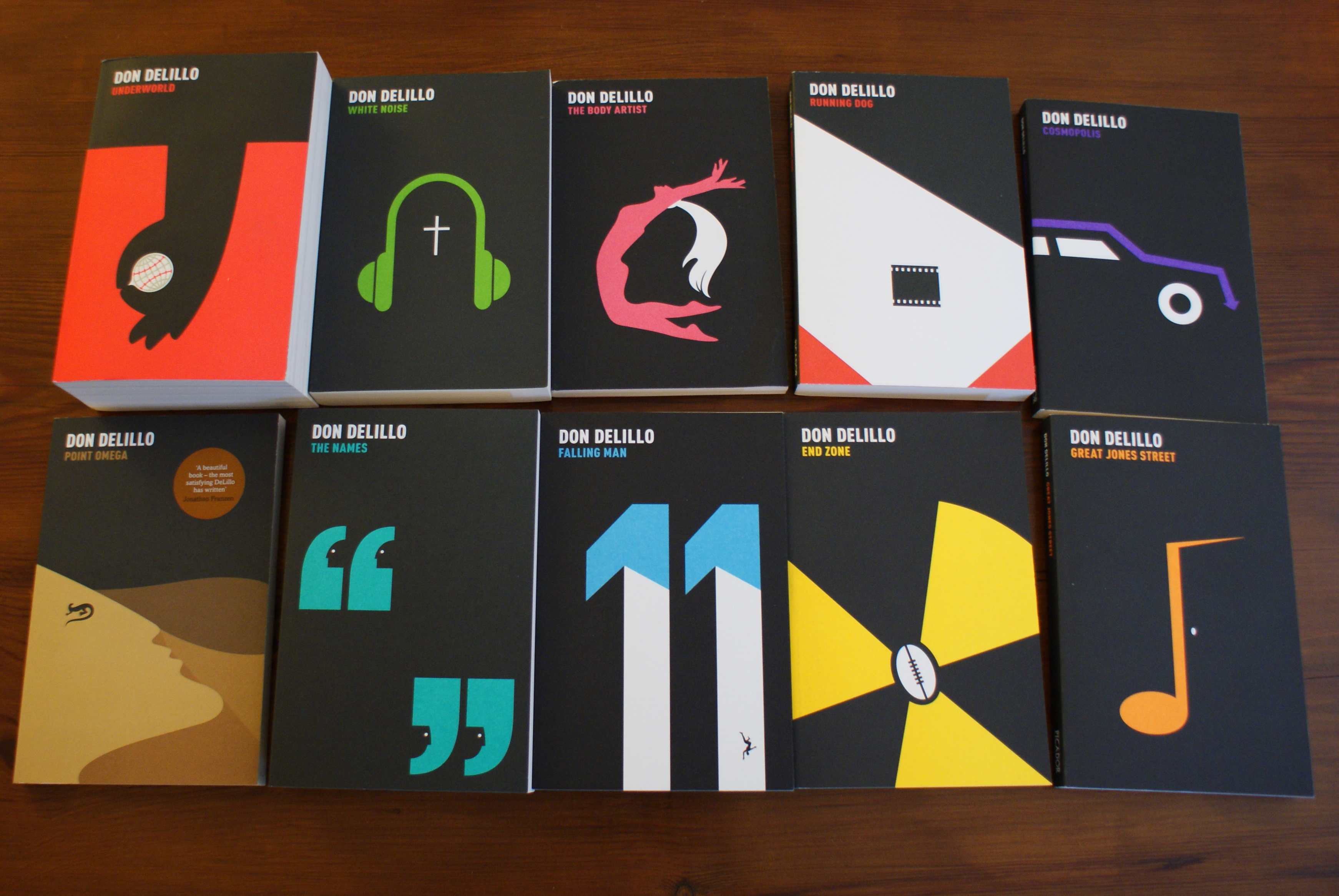 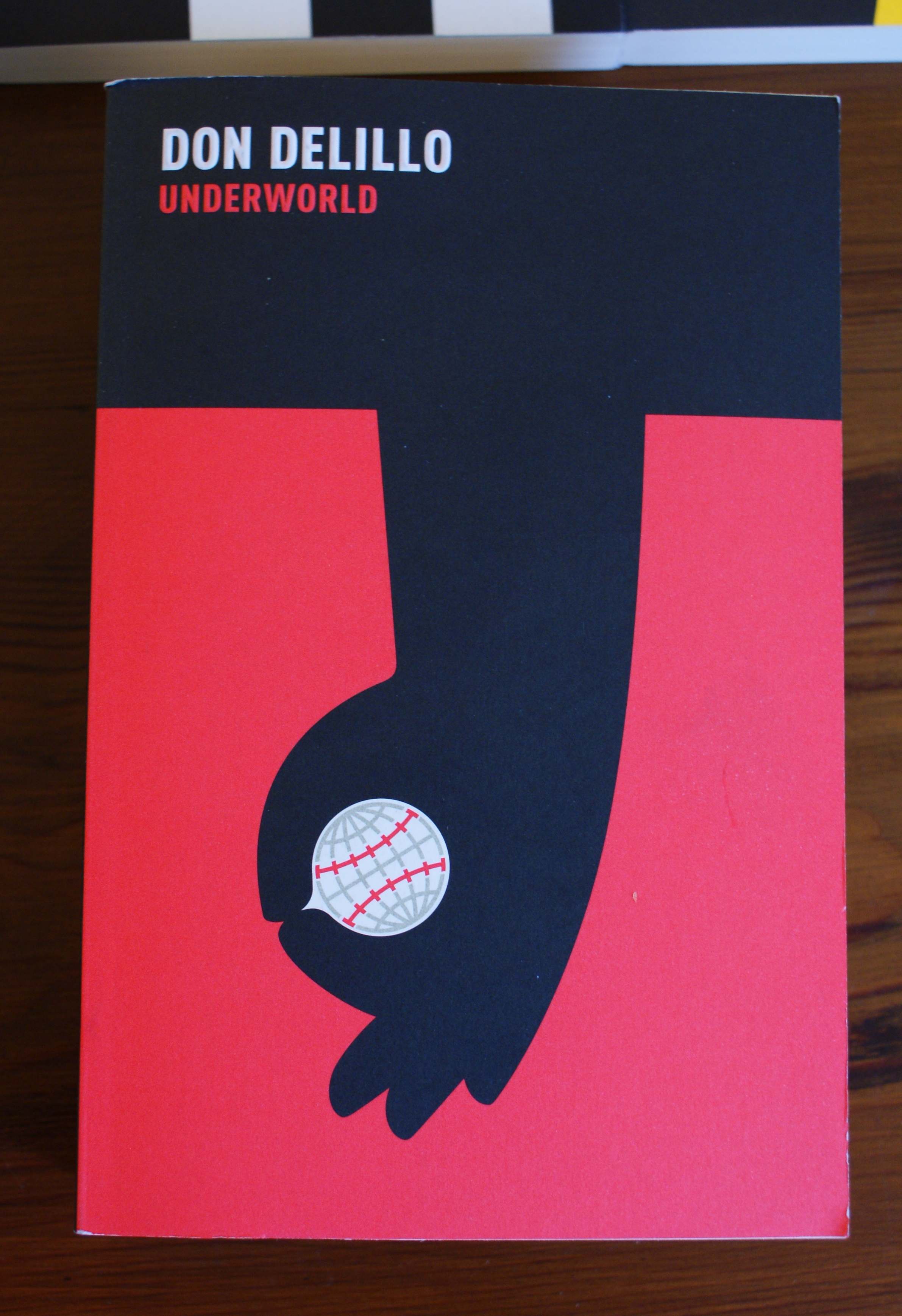 A rare interview with a grand master of American literature, Don DeLillo:

DeLillo now lives in Westchester County in New York State with his wife, Barbara, a landscape designer, but he has not completely left his childhood neighbourhood, a place he insists still “looks the same, though the people are different”: an influx of new immigrants, Serbs, Croats and African-Caribbeans. Every year, he goes back to meet old school friends from the streets of his childhood. “We meet on a major street and have a meal together and a laugh,” he says. Inevitably, the conversation will turn to baseball, DeLillo’s first love – what he calls his “second language”. Baseball, he says, “was just so natural, because we all grew up with it. We played it; we listened to it on the radio, and then we went to Yankee stadium. It was a taken-for-granted pleasure”.

Read the rest. DeLillo is one of my favourite writers and, after reading this interview, I was relieved that he came across as an extremely honest and humble individual. It’s more than pleasant to see.

They say never meet your idols, but the SFF genre – through conventions or signings – has always offered this opportunity. I’ve met several authors whose work I greatly admired and I can honestly say that they have all been wonderful people. Not only have they met my expectations, but they’ve taken the time to chat amiably. Had they come across as rude or obnoxious, there would have been a good chance (perhaps because I’m that stubborn) that I simply wouldn’t have bought their books, or wouldn’t have been as excited about their future releases.

Which isn’t to say that people should be nice so you keep buying their wares, but that there is some strange psychology at play here. Writing, in particular, seems to make connections directly with the minds of others – one of the points of the art, surely. But that also means that there is a one-way familiarity going on, from reader to writer (at least until a dialogue opens), and it’s something for writers to think about. I wouldn’t even equate it to fame – because it’s not, it something different than that, and book sales for the majority of authors would never equate to fame anyway.

I’ve been published by the majors for about a year now, and I’ve got to that stage where I receive mail or even meet people who like the books. A few may even be referred to as fans, but that sounds ridiculous even typing such a phrase. And I’ve realised, after my good dealings with my favourite writers, just how self-conscious I have been not to make a mess of this new species of social discourse.

But I do wonder how writers like Neil Gaiman or George R. R. Martin cope, however, with the sheer weight of expectation that people have of them, due to the connection with their work, which has grown exponentially as more people read and discuss their books. What happens when writers become famous? Maybe they get used to the fact that they must be as wonderful as the writers presented in articles or interviews, or risk disappointing people. Do they feel some kind of sheepish guilt at the fact that people travel miles around have their books signed?

On the other hand, some writers probably don’t give a shit, and resent even having to talk to people who have spent time engaging with their work. How do fans feel when they see their favourite authors coming across like buffoons in an interview? Luckily, I can’t even think of any examples of that right now. Which is probably a good thing.

I’ve read a sizeable chunk of Don DeLillo’s output, and consider myself a huge fan of his work. Not everything he writes his easy to get through, and his sentences and dialogue have a habit of annoying some readers, but I can’t get enough of them. Nearly everything he writes seems to connect with the deepest possible sense of understanding the world. I’ve often thought of him as a writer who can turn everyday blandness into a science fictional landscape. His sentences are the finest in the English language, with a cadence you can spot of mile off.

So, because of one of the many perks of being published by Pan Macmillan (me – Tor UK, DeLillo – Picador), I was chuffed to bits to get my paws on Point Omega, his latest tome, clocking in at a brief 120 pages.

In the middle of a desert ‘somewhere south of nowhere’, to a forlorn house made of metal and clapboard, a secret war adviser has gone in search of space and time. Richard Elster, seventy-three, was a scholar – an outsider – when he was called to a meeting with government war planners. For two years he tried to make intellectual sense of the troop deployments, counterinsurgency, orders for rendition. He was to map the reality these men were trying to create.

At the end of his service, Elster retreats to the desert, where he is joined by a young filmmaker intent on documenting his experience. Jim Finley wants to make a one-take film, Elster its single character – ‘Just a man against a wall.’

The two men sit on the deck, drinking and talking. Finley makes the case for his film. Weeks go by. And then Elster’s daughter Jessie visits – an ‘otherworldly’ woman from New York – who dramatically alters the dynamic of the story. When a devastating event follows, all the men’s talk, the accumulated meaning of conversation and isolation, is thrown into question. What is left is loss, fierce and incomprehensible.

The novel is bookended by a section with man attending a gallery, viewing 24 hour Psycho, which is, quite literally, the film Psycho stretched out over 24 hours, and as a result, each scene becomes enhanced somehow, as the action is stilled. Also, it implies foreshadow of events to come, though the links come in different ways. There’s a nice irony here, because I often think this is exactly how DeLillo writes. You get slow-motion scenes with his books, or stilled points in existence, the gaps in daily life, and his novels seem to sit there, in such moments, giving readers his unique spin on the world.

The true life is not reducable to words spoken or written, not by anyone, ever. The true life takes place when we’re alone, thinking, feeling, lost in memory, dreamingly self-aware, the submicroscopic moments.

The rest, and bulk, of this very small narrative takes place out in the desert, with Elster and Finley engaged in deep intellectual conversations at the old scholar’s retreat, where all concepts of the universe are discussed. Finley is there to persuade Elster to be filmed by him, to give a raw portrait of his career. Elster uses Finley, largely, as a sounding board. The usual DeLillo themes of death and time, stripped more than ever of any humour, ebb and flow over that particular this-is-how-people-actually-talk dialogue that DeLillo does so well.

In their endless conversation, what strikes me as particularly important is the discussion of the Omega Point, “a term coined by the French Jesuit Pierre Teilhard de Chardin to describe a maximum level of complexity and consciousness towards which the universe appears to be evolving.”

It’s particularly problematic not to give spoilers here, due to the very short narrative. Elster’s daughter joins the two men, and what happens after that is unsettling to the reader, but a massive jolt to Elster and Finley.

I was struck, at the end, by this point: none of the verbose discussion of intellectual matters seemed to… matter anymore. It was as if this was DeLillo’s intellectual anti-intellectual novel, a lament at how useless such qualities can be at times of deep human stress (something I’ve noticed hinted at in his other novels). One can’t help notice the reversal of the omega point as the title in the role of this theory, too – a point where intellectualism cannot cope. Moments become stilled, slowed down and confused, and Elster – the scholar – in particular seems unable to cope or to function properly.

I dare say a bunch of national newspapers will spew out spoilers, but I don’t want to ruin it for anyone, so I’ll stop myself there.