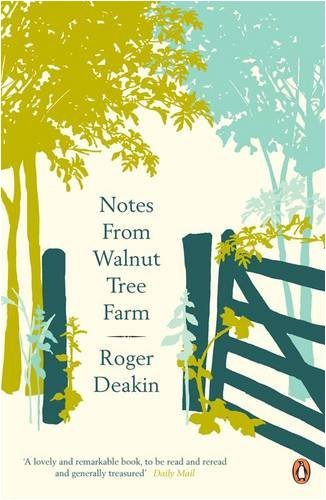 I’ve always subscribed to the belief that, for a writer (and even for a reader, but particularly a writer) it’s beneficial to read widely – that is, to not charge through your beloved (sub)genre for months on end.

Every now and then, flex different muscles; as a writer, it’s a chance to discover new muscles entirely. You might not use them all the time, but when you do there will be something interesting to draw on – and that can help make you a more interesting writer.

Or even when it comes to writing things like whisky reviews, it’s a chance for me to try out something different – exercise a whole different set of critical skills which may or may not one day become useful. Another important thing is that it forces me stop and contemplate what I’m doing. It can help me reassess my style and learn interesting things about my own prose – if that’s something you care for.

This is about as far from being scientific as you can get, but I swear all this practice – of reading and writing utterly different pieces of prose – helps you grow as an author.

It helps you become a more natural writer. I just can’t quite put my finger on why.

So it seems that most people loved, though some hated, the new artwork. I’ll be amazed when something appears online and receives a harmonious response.

There’s a vague plan to alter the cover of Nights of Villjamur for the paperback, too. The current idea was feature the character Randur as a cover model, and I emailed Julie at Pan Macmillan with some potential visual references today.

The conversation so far has pretty much gone like this:

Anyway. City of Ruin. Sounds like people were very interested in the blurb, a few wanted to know more. I’m not keen on explaining things away, but here’s some of what I was aiming for when writing it.

It’s a very dark piece. I dislike the word gritty – since I think it takes away the emphasis from content, themes, and style. It’s a pigeon hole. But City of Ruin is certainly more the fantasy I’ve always wanted to write, and since Nights I’ve grown in abilities and imagination. Hopefully that will be here to see.

And I’m a fan of strange things. I think fantasy is a genre in which novels can do anything, why limit yourself? So I embraced that idea a lot more.

I’ve combined that notion with the central concept that we have a city so dripping in sin that you have to bother if it’s worth saving by the military. It’s deliberately ambiguous – there will probably be characters you’re not sure if you’re meant to like (though I hope they’re engaging enough to make you want to know what happens). Brynd’s back, as is Jeryd. There are new characters: Malum (a vicious gang leader), Beami (a cultist who has an affair with a Night Guard soldier), and Doctor Voland (he’s got a bit of the devil in him…). Oh yeah, and a spider. A huge spider.

The city is different. There’s nothing grand in Villiren, no dreamy spires and vast bridges. It’s heavily commercialised, with black markets and legal trade undistinguishable. There are peep booths and turf wars and weird light sources harvested from oceanic trenches.

But enough waffle. Most of all I hope it’s more of an entertaining read, and I hope I freak a few people out along the way.

I love a good monster. I love books about monsters just as much.

I’ve mentioned in a few places how much I dig Borges’ Book Of Imaginary Beings, and have used it as inspiration for some of the creatures in the Red Sun series: notably garudas and banshees in the first book, and more to come. It’s certainly useful to have as a fantasist’s handbook, and wades through mythologies from across the world, traversing the heavens and dredging the most aphotic places, to present to the western world an inspirational book of monster pr0n.

And what should I stumble across on the interwebs this morning, but a medieval bestiary. Although it covers mostly common fauna, it’s the descriptions which get exotic. For example, here’s one for the eagle.

When an eagle is old, its eyesight dims and its feathers and wings become heavy. To rejuvinate itself, the eagle flies up to the region of the sun, which burns away the mist over its eyes and burns off its old feathers. The eagle then plunges three times into water, and its youth is restored. Also as a result of age, the eagle’s beak grows until it can no longer eat; by striking it against a rock, the eagle breaks its beak which then grows back.

And more: an online mythical bestiary. This should keep me going for a while.

Stolen shamelessly from Velcro City, with a nod to Darren for flagging it up for me, check out Twenty Abandoned Cities, Towns and Places.

The Kowloon Walled City was located just outside Hong Kong, China during British rule. A former watchpost to protect the area against pirates, it was occupied by Japan during World War II and subsequently taken over by squatters after Japan’s surrender. Neither Britain nor China wanted responsibility for it, so it became its own lawless city.

Its population flourished for decades, with residents building labyrinthine corridors above the street level, which was clogged with trash. The buildings grew so tall that sunlight couldn’t reach the bottom levels and the entire city had to be illuminated with fluorescent lights. It was a place where brothels, casinos, opium dens, cocaine parlors, food courts serving dog meat and secret factories ran unmolested by authorities. It was finally torn down in 1993 after a mutual decision was made by British and Chinese authorities, who had finally grown wary of the unsanitary, anarchic city and its out-of-control population.

And if that isn’t enough, here is more abandonment! I do so love derelict structures.

I stole this shamlessly from Cheryl Morgan’s blog.

Artificial Owl is so many types of awesome, a blog with photographs of the bizarre and once-decadent decaying man-made structures littering the Earth. What Artificial Owl also does is provide a concise summary – where possible – of function and history.

What I love about these kinds of constructs is how they once had a specific purpose, and now abandoned, they take on a totally different kind of aesthetic value which is totally separate to what the designers had in mind.

Could an architect plan for such decay in his or her drawings? It’s rather like planning what to wear at your own funeral.

The texture of her world is suddenly different. Remembering that the weather hasn’t been this much fun in years, she walks through the snow-strewn lanes as if she’s discovered motion for the very first time, taking tentative steps. Then suddenly she lets go fully, and takes a proper stride. Pulling at the edges of her scarf, there’s now a look in her eye that’s nearly hopeful, as if this snow has made her rediscover something important about herself. Past the dirtied-limestone buildings, along a ground brighter than the sky. Under the naked trees, past the afternoon families and those wondering what all the fuss is about, past the snowballs that seem to occupy some unlikely physics, and heading towards somewhere that she isn’t sure about, just somewhere else.

From The Cutting Room #3

Posted by: Mark Newton in my books Comments Off on From The Cutting Room #3

As the sun rose lazily over Villjamur, Investigator Jeryd left his house in the Kaiho district. He walked past Gulya Gata, down alongside the markets near Gata du Oak, Hotel Villjamur, and the inn called the Dryad’s Saddle. There were a few eccentric shops down this way, high end purveyors of drugs and erotica, where you could apparently find “love potions” conducive to controlled rape. Nothing like as described in romantic songs, and why the potions were allowed to be sold at all, he had no idea. That was Villjamur for you – as long as you had enough money you could get whatever you wanted, and to hell with ethics. You could wander these streets and become defined by your fetish.

From The Cutting Room #2

Posted by: Mark Newton in my books, writing & publishing 1 Comment

Two young men talked in some local hand-language, their sentences needing a gesture and a glance for completion. Kids were sliding on patches of ice in horizontal freefall. A couple walked by, the blonde woman much younger than the man, and he judged them ‘respectable’ by the quality of their clothing. He was tempted to make eye contact with the woman, perhaps tease a reaction out of her. It seemed to matter, stealing a smile from that man’s life.

Lanterns were being lit by citizens who maybe had expected a brighter day. Glows of orange crept through the dreary morning, defining the shapes of elaborate windows, wide octagons, narrow arches. It had been a winter of bistros with steamed-up windows, of tundra flowers trailing down from hanging baskets, of constant plumes of smoke from chimneys, one where concealed gardens were dying, starved of sunlight, and where the statues adorning on once-flamboyant balconies were now suffocating under lichen.

From The Cutting Room

He looked around at the clutter of junk filling the bedroom. It was all hers, of course. He was one of those who didn’t care to accumulate anything much. As soon as he’d finished with it, it was gone. His rooms had been bare, before she was around. She’d filled the void systematically, buying steadily over the years, nearly all of it antiques. Maybe much of it was junk, but it was her junk.

He had become comfortably used to her filling his otherwise empty life with objects of uncertain purpose, and he’d often wander around the house, simply to uncover items he’d have no recognition of.

It seemed to suggest something deeper about their relationship.

Nothing had changed here for thirty or forty years, ever since it had been arrogated by the evening bohemians.

All along its lower walls were scribbles etched deep by knife blades over the centuries. Odes to lovers. Threats to all and anyone. Who watches the Night Guard? So-and-so sucks dicks. That sort of thing. Some of the cobbles were splashed with paint, too, and you could smell stale food despite the dampness. At night, lanterns would cast long, feral shadows down here, and if there was no breeze the darkness would become suffocating in such narrow confines.

Pretty much what it says in the header.

I’m a big fan of Hopper’s paintings. They share a similar quality to a Hemingway short story in their laconic style, and the narrative between the line (or brushstroke, I guess). There’s such energy in the restraint used by each of them, a desperation for the stories to be explored in more detail. (As an aside, I think people misunderstand Hemingway as merely tight prose, which it is and isn’t—some of his sentences were ridiculously long and breathless.)

And by looking at the view as linked above, it isn’t difficult to understand why Hopper felt New England a good place to settle.

There’s more of a travelogue here:

THIS time of year Corn Hill Beach in Truro, Mass., on the outer arm of Cape Cod, is a joyful, teeming playground. At low tide, the warm water of Cape Cod Bay recedes to expose banks of smooth sand, which swarm with kids, dogs and blissfully vacationing parents. As the sun sinks toward Provincetown, it cuts through a hazy summer sky, shimmering off the quicksilver bay. It picks out Corn Hill, at the north side of the beach, and daubs the tiny cottages at its crest in sure, vibrant strokes.

I desperately want to visit.