Posted by: Mark Newton in environment & politics Comments Off on Oil Wars

Posted by: Mark Newton in environment & politics Comments Off on Noam Chomsky – Peak Oil and a Changing Climate

Posted by: Mark Newton in environment & politics Comments Off on The fake oil advertising campaign exposed by activists

More here. Fascinating how the public overwhelmingly support investment in renewable energy over fossil fuels, despite a huge media campaign globally against wind and solar power (and despite papers choosing not to run their own polls because the public won’t say what they want them to say). So much of this kind of thing goes on behind the scenes; it’s just another example of how polluting industries seek to influence public opinion.

Posted by: Mark Newton in environment & politics Comments Off on HM Department for Tar Sands 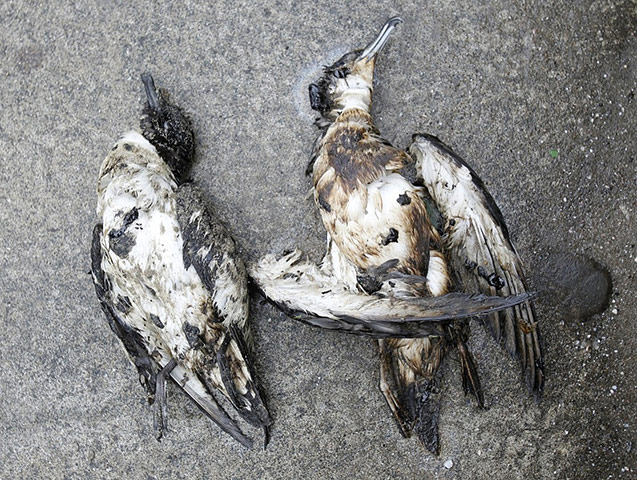 Cairn Energy Have No Plan

Cairn Energy, the ‘most dangerous oil company after BP’, have no plan of how they’d cope if there was an oil spill on their Arctic drilling rig, which is situated in conditions that are riskier than for Deepwater Horizon. Thanks to a Freedom of Information request, the government now admits that a spill in the Arctic would be all but impossible to clean up.

Some people think drilling for oil in dangerous conditions, with no plans to cope with an accident, is a pretty bad idea.