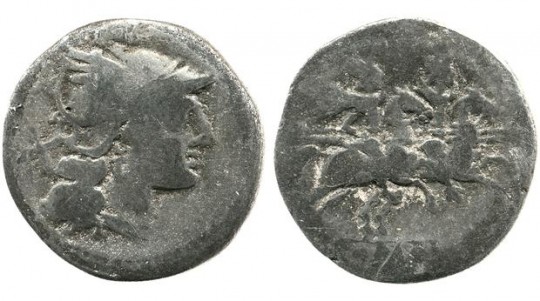 I’m currently working on a couple of projects. I’m finishing off the fourth and final book in the Legends of the Red Sun series, of course, but I’m also getting down my thoughts and ideas for something after that. This is an interesting creative point, because this hasn’t been sent off to my editor to look at (who will decide, ultimately, whether or not it is rubbish). I’m right at the beginning, doing that Big Ideas Thing, which I haven’t had the freedom to relax into for a couple of years, and certainly never before with a decent degree of certainty that it will be considered seriously by a publisher.

Starting all over again

Project X (which I’m not going to explicitly talk about) is becoming a creative outlet to my creative outlet, the thing I’m doing on the side, and I forgot how much I enjoyed worldbuidling from scratch. I know it’s vitally important, too, but there is something fun about designing a landscape, the characters, the infrastructure, the politics and economics, that really appeals to me. It’s also a challenge, too. And I’m always interested about the psychology – for example, how much of my mind or my experiences am I mapping out on paper when I create the setting?

So where do I begin?

With regards to creating the setting, it helps to be a visual person. This begins and ends with the imagination. Personally, this time I’m starting off with a picture of a scene and am writing outwards from there. I tend to assemble pictures – both drawings and ones in my head – and question where these places are, and where they lead to. It’s a path of exploration. What are the buildings like? How tall, what colour is the stone? What about the flora and fauna? What are the weather patterns that result in the forests I see? How will all of this impact the mood of the story?

These visuals are pretty important, too, because they’ll inform everything that follows.

But more so this time, I’ve got the character – the key lead to the whole of Project X – at the centre of the setting. The novel revolves around this person. When I created the world for the Red Sun series, the environment informed the story (what if an ice age pressured an established culture to retreat into itself), but this is based much more so around the character (they need to do x, y, z, so how does this work in the world around them?). It’s providing an interesting new contextual spin, much more scaled-down than the epic environmental picture of the previous series. There seem to be endless variations on what influences what: visuals inform character informs world informs story informs character and so on.

Generalisation warning: one thing I noticed back in my days as an editor, when reading submissions from the US and the UK, was how much longer the history of secondary worlds tended to be when created by British authors. This isn’t a point of controversy, more an interesting cultural observation: but I suspect being British and being surrounded by hundreds – and thousands – of years of history seeped into attitudes to creating an artificial history.

For me, being British, it’s got to be vast to feel real. There has got to be a timeline that goes on and on and informs the contemporary culture, or my itch is not scratched.

I also think that sometimes writers have a period of history in mind when approaching a new world, and that also informs the general aesthetics of the world. A lot of fantasy looks to history for inspiration, then, which is an interesting post in itself; I generally like to modify/cherry-pick events or customs or fashions from the past to see where they might fit in to the world I plan to create. History is incredibly useful to the fantasy writer (but so is the present).

I’m surprised quite often how little or ill thought-out the political and economic infrastructure of secondary worlds can be. How the hell do people get food to eat? How do they earn their money? What are their voting rights and what stops people from rising up against their governments? These are all political questions, and easily points that should be on our mind these days given the current climate. But it’s something essential that I have to know, even if I don’t mention it in the story. I will usually – and this is increasingly so as the years pass – allow my understandings of the current political and economic climate inform my worldbuilding. A lot of this is subconscious, some of it obvious and simply too good to ignore.

The bit I hate the most, though, is naming places – purely because it can be time-consuming to get things right. I like names to mean something, rather than be a bunch of letters I vomited onto the page. I loosely adhere to the principle that there should be shared characteristics in localised place names, much like in the UK. And the same for people’s names, too – for example, Malum in City of Ruin is obviously borrowing from Latin. They’ve got to feel right, to mean something to me.

But I like there to be a little consistency in geography, at least, and it can take ages to get a list of decent names and phrases.

There will be maps. There will be child-like scribbles, which I will use for months as a guide, then hand over to my editor, who will commission something that won’t be laughed at. That’s the plan, anyway, but I’m being much more precise this time about getting the world down on paper – I’m in no rush to get the story written (I’m writing another book at the moment, of course) so I can fill in as much detail as I like at this stage. And I’m after a more varied world, geographically speaking (not to mention in terms of weather – there will be a LOT more sunshine in this world). It’s not essential by any means to have a map, but I find they’re useful to keep you focussed.

I’ve found Scrivener, a piece of Mac writing software, to be incredibly useful – so much so that I wondered how I managed without it. I can assemble all the above points in a neat sidebar, which is a constant reference library when I’m becoming familiar with the new world. I can bung images or maps or whatever I’d like all into folders, so more than ever I can get a real feel for the environment. It’s really helping me create the World Bible in a more disciplined and organised manner.

There’s more to worldbuilding, of course – magic systems, perhaps – but this is just a start. I’ll probably take more note of other writers and what they do during this stage, to get a flavour of what works and doesn’t (writing is a constant learning process). I’ll even pay more attention to contemporary or real-world writers, since they, too, must create a world for their characters.

Building secondary worlds a time-consuming process, but one of the more fun elements of being a genre writer and, if done right, something to be enjoyed.