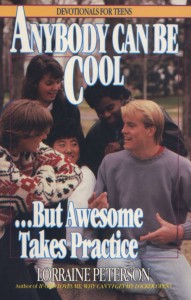 So, you didn’t really like the cover drafts we put up last week, and that’s fine. You didn’t think they were cool. So we are going to change it – and by we, I mean my editor Julie, who has asked the design guys and the artist to be rid of the character for the hardcover and focus on detailing the cityscape. We will have a figure on the paperback, but it’s likely to be a different one than the drafts. You all helped do that, so thank you for your contribution, even if it was answering a question we didn’t quite ask…

A couple of things came to mind. Firstly, some people really don’t understand the meaning of the word draft, but that’s fine, I could have been clearer. Secondly, a couple of comments sprung up that basically asked “Why should a transwoman look so feminine?” or querying that there’s nothing to mark her out as a transwoman. I think that’s uncool, but if we start analysing such sentiments, we’ll invoke Godwin’s Law pretty quickly.

Anyway, there you have it. I’ll hopefully have something more soon, but for now, you wild bunch of democratic anarchists have influenced what a publisher is going to do, and changed the cover of my book.

But if it bombs, you all owe me a drink.