Posted by: Mark Newton in Uncategorized Comments Off on Oradour-sur-Glane

Another town for the Dying Earth files: Oradour-sur-Glane was destroyed in 1944 by a German Waffen-SS company, which then slaughtered 642 of its inhabitants. Women and children were locked in the church while men were put in barns where machine-guns were waiting to be used on them. Later, the women heard the guns firing before they, too, were killed. Though there is no explanation for the massacre, this narrative contains some of the background story. The town has since been preserved as a reminder of these events. 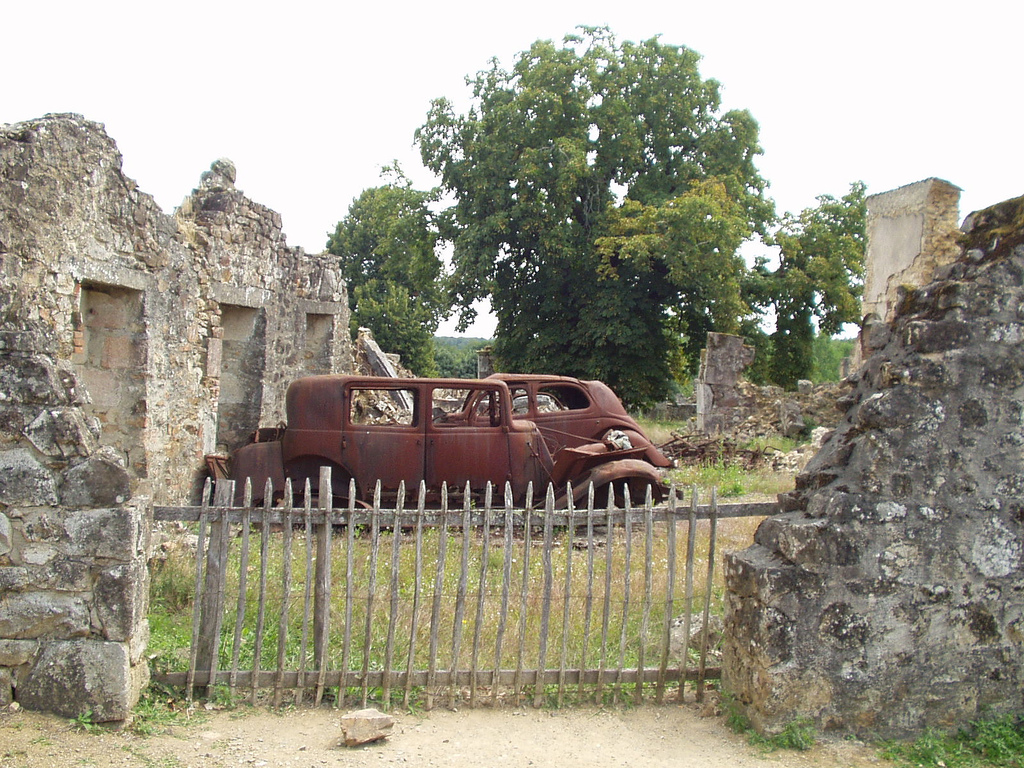 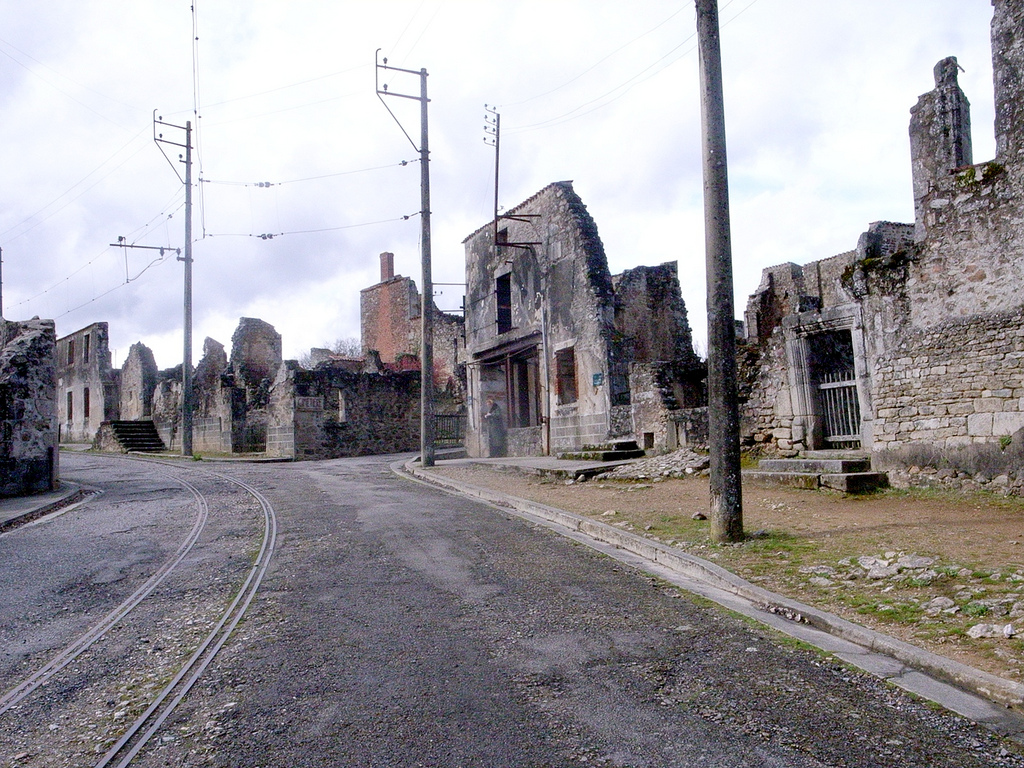 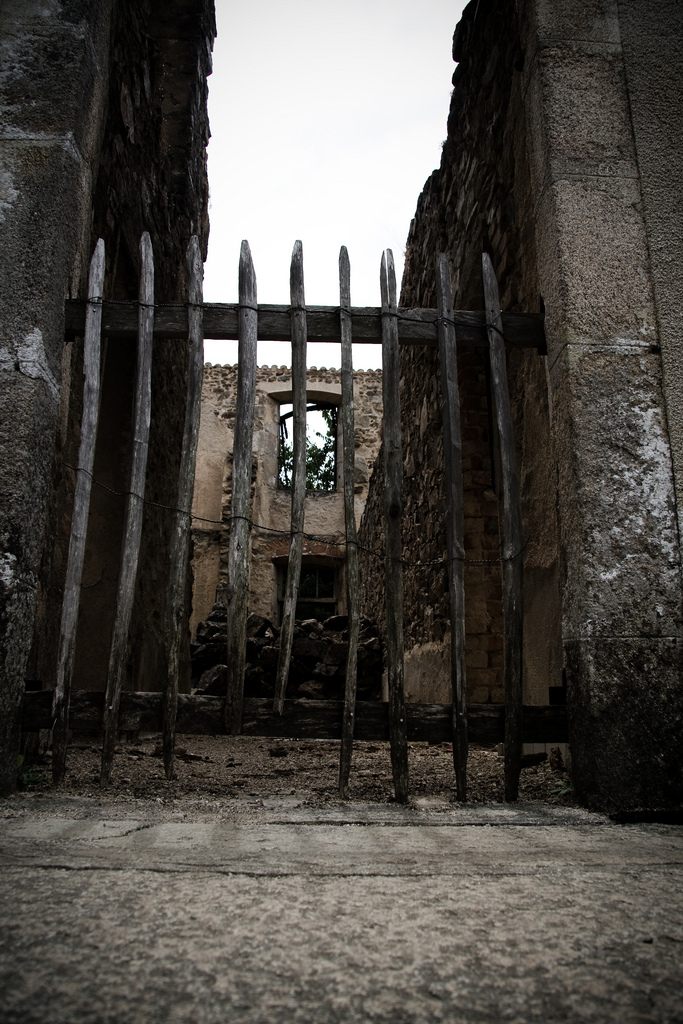 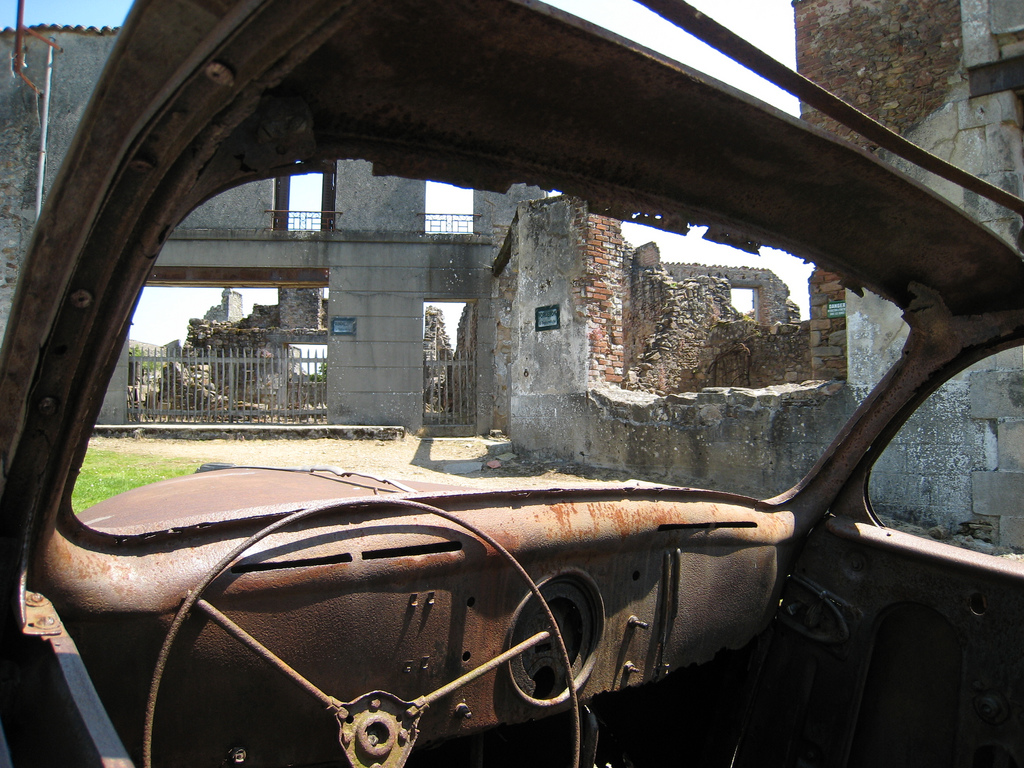