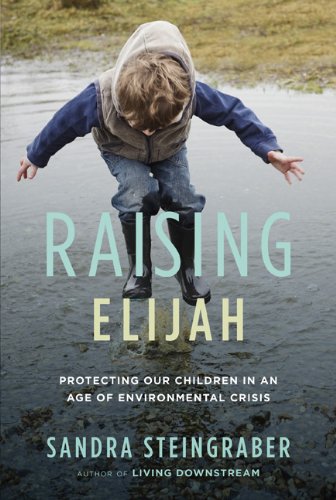 My review of Raising Elijah: Protecting Our Children in an Age of Environmental Crisis, by Sandra Steingraber, is now up at The Ecologist. It’s a terrific book.

One of the greatest moral bargaining chips in the environmental movement is the fate future generations: to think of the children. Those who employ such arguments suggest that it’s our children who will be the ultimate victims of environmental degradation, and it is they who will have lost out on what we ourselves were lucky enough to experience: a cooler climate, pristine forests, greater biodiversity. But those looking to the future are overlooking something crucial: the impact of current climate change and ecological issues on children today.

Raising Elijah is a meticulously researched piece of environmental writing. The book requires little in the way of scientific understanding but despite this, hard facts are dealt with. Local problems are scaled up to be revealed as feeding into complex national or even international issues; topics are placed within the context of corporate greed and politicking. Legal frameworks are analysed against a historical backdrop of scientific understanding. This is a genuine, all-encompassing environmental study.

Here’s the review in full. 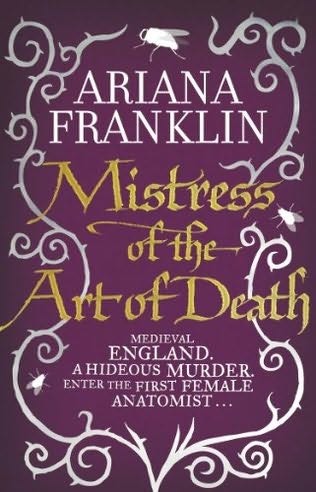 The second book this month was Ariana Franlkin’s Mistress of the Art of Death, which is a jolly old Medieval romp featuring Adelia Aguilar, a trained female doctor brought over to England to solve a mystery of child killings. (More complex review in the New York Times.) I really enjoyed this for the most part. The characters were drawn very well, introduced superbly, and the prose was vivid. In places it bordered of parody and the characters (deliberately) became a fraction too much of a caricature, but it was entertaining enough. The one problem with such jolly writing of such a dark period (or even crime writing in general) is that you don’t really take things all that seriously. You don’t bite your nails in anticipation of what might happen next. Or perhaps I’m just a bit grumpy in preferring historical crime books to be Serious.